After the World Trade Center (WTC) collapsed on September 11, 2001, Americans from all over the country rushed to Ground Zero to help. Thousands of people worked in overwhelmingly hazardous conditions, often without proper safety gear. As they painstakingly toiled to clear the site of debris, the workers breathed in toxic chemicals, asbestos, pulverized cement, and other hazardous material that was released into the air when the towers fell. Now, 13 years later, the events that took place on that fateful day are still affecting many Americans.

A Mount Sinai Medical Center study found a 15% higher cancer rate among 9/11 responders than the rest of the population, possibly due to carcinogens in the air at Ground Zero. The World Trade Center Health Program at the hospital reports 1655 responders with cancer, whereas the New York City Fire Department, which has its own WTC health program, reports 863 members with cancer, totaling 2518. The number has more than doubled from the 1140 cases reported last year and experts believe it is much worse. “There are more cases out there, because we just know of the people in our government-funded medical programs, not those who have been treated by their private doctors,” said Dr. Jim Melius, who is chairman of the steering committee for the WTC Responder Medical Program and a 9/11 Health Watch board member. As many as 65,000 people, including first responders, who got sick as a result of the 9/11 attacks are part of a WTC medical monitoring and treatment program in New York and in clinics around the country.

Fortunately, those who have come down with health problems attributed to the attacks are receiving help from the government. The James L. Zadroga 9/11 Health & Compensation Act was signed into law by President Obama in early 2011. The act established the WTC Health Program, which ensures that those affected by 9/11 receive monitoring and treatment services throughout at least 2015. The act also re-opened the September 11 Victim Compensation Fund (VCF), which allows individuals to file claims for economic losses due to physical harm or death caused by 9/11. VCF recipients get 10% of their compensation immediately, and the remainder in 2016. As of June 30, 1145 people with cancer registered for the VCF, many of whom also have other ailments. Of those, 881 claims were deemed eligible for compensation, with the rest under review. To date, 115 cancer claimants have been awarded $50.5 million in sums ranging from $400,000 to $4.1 million.

Engineer Marty Cervellione of New York’s Design and Construction Department spent September 14 to November 15, 2001 at Ground Zero. He developed respiratory issues and gastric reflux during the first few years after the attack and was diagnosed with gastroesophageal cancer in 2011. He has since been through several rounds of chemotherapy and has one more month to go. “It was always in the back of everyone’s mind we were in jeopardy given the contamination down there, but the entire world was calling on you, it felt so good to serve, there was no wanting to escape,” said the Long Island father of 3.

However, some cancer experts say conclusions can’t be drawn from the increased rate of cancer in 9/11 first responders. “For every decade of life, if you look at a population…cancer rates go up the older you are,” said Dr. Otis Brawley, the chief medical and scientific officer and executive vice president of the American Cancer Society. “Looking at an increase from one year to the next is a nonscientific way of making an assessment that is incredibly biased to find a link between the activity and the cancer.”

But one 9/11 first responder who was also diagnosed with cancer, NYPD Detective Amadeo Pulley, says he would do it all over again if he had to. “I think about the guys who passed away and I am fortunate,” said Pulley, who spent 50 days at Ground Zero as part of the arson and explosion squad. “Yeah, I have kidney cancer, but I am still here with my family. If God forbid we were ever attacked again, I would still do the same thing.” 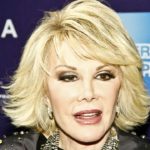 Joan Rivers Dead at 81 as Rumors Swirl of Botched Surgery