Brittany Maynard, the 29-year-old woman who made headlines over the last few weeks because of her decision to end her own life after being diagnosed with stage 4 glioblastoma, died on Saturday at her home in Portland, OR.

Maynard was diagnosed with brain cancer on New Year’s Day of this year and by spring was told by doctors that she had just 6 months to live. After researching her options, she decided not to try chemotherapy or radiation because the level of suffering didn’t seem worth it. Instead, she moved from California to Oregon with her husband, mother, and stepfather so she could have access to the state’s Death with Dignity Act, which allows physicians to prescribe life-ending medication to terminally ill patients.

Maynard chose November 1, 2014 as the day to end her life. She died peacefully in her bedroom surrounded by her loved ones after posting a statement on Facebook:

Goodbye to all my dear friends and family that I love. Today is the day I have chosen to pass away with dignity in the face of my terminal illness, this terrible brain cancer that has taken so much from me…but would have taken so much more. The world is a beautiful place, travel has been my greatest teacher, my close friends and folks are the greatest givers. I even have a ring of support around my bed as I type…Goodbye world. Spread good energy. Pay it forward!

The decision to end her own life brought physician-assisted suicide back into the spotlight. Maynard used her story to speak out for the right of terminally ill people to end their lives on their own terms and launched a video campaign in October with Compassion & Choices, a nonprofit organization “committed to helping everyone have the best death possible.” Her decision, however, has not been without controversy, as some religious groups and others voiced their objections to physician-assisted suicide. “For people to argue against this choice for sick people really seems evil to me,” she told People Magazine. “They try to mix it up with suicide and that’s really unfair, because there’s not a single part of me that wants to die. But I am dying.”

The decision to end her own life was not an easy one. “It’s not a decision you make one day and you snap your fingers,” she said. Maynard spent her final months making the most of the time she had left. She traveled to Alaska, British Columbia, and Yellowstone National Park, and even took a helicopter ride over the Grand Canyon.

Maynard asked her husband and mother if they would carry on the work she had started to get the Death with Dignity Act passed in every state. So far, the only states that have the law enacted are Oregon, Washington, and Vermont. “If I’m leaving a legacy, it’s to change this health-care policy or be a part of this change of this health care policy so it becomes available to all Americans,” she said. “That would be an enormous contribution to make, even if I’m just a piece of it.” 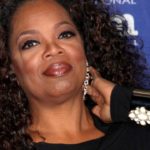 What Has the Oprah Machine Done for Medicine?