It’s still early in the season, but injured NFL players are already starting to pile up. Washington Redskins defensive end Jason Hatcher injured a hamstring during a game against the Philadelphia Eagles, and cornerback DeAngelo Hall ruptured his left Achilles tendon and is done for the season. Ravens tight end Dennis Pitta is out after dislocating his right hip in a game against Cleveland and Chargers running back Danny Woodhead’s season is over after breaking his lower right leg during the first drive of the team’s win at Buffalo. Those were among at least 35 players who were forced out of games from injuries during the third week of the NFL season.

Injuries are expected in football, especially since it’s a full contact sport, but are they on the rise? According to an analysis by Edgeworth Economics, the number of injuries in the NFL preseason, regular season, and post season increased every year from 2009 to 2012. The report says that there were 1095 instances of injuries that forced a player out of the game for at least 8 days in 2009. That number rose to 1272 in 2010, 1380 in 2011, and 1496 in 2012. No official report has been released for 2013, but it seems that the numbers are getting even higher.

The same firm analyzed the number of serious preseason injuries by year from 2004 to 2012, with serious injuries defined as injuries resulting in 150 or more days of recovery time.

The study shows that injuries during the NFL preseason have been steadily rising since 2004, with an average of 62.4 season-ending injuries before the regular season even starts. When broken down by injury type, ACL tears top the list at 24%.

A number of reasons are speculated to be contributing to the increase in preseason injuries, including the intense summer heat and grueling days. Others think players are getting hurt in camp because they are trying so hard to impress coaches to earn a spot on the roster. “You know now coaches are really evaluating you,” said Redskins linebacker London Fletcher. “You’ve got guys with a competitive spirit and they’re looking at it like, ‘My job’s on the line. I need to make a play.’”

As for the injuries during the regular season, Dr. David J. Chao, a former team physician for the Chargers who has 17 years of NFL experience, believes they are occurring because of the “bigger, faster, stronger” theory, which is that players are getting bigger than ever before and that their lower bodies aren’t capable of handling it. “No matter what you do you can’t make your foot bigger or stronger,” said Chao. “The base is the same. You’re planting a bigger tree in the same pot. That’s one of the reasons why we’re seeing a rise in Achilles tendon ruptures. It’s the new ACL.”

But are injuries really on the rise, or is the reporting of those injuries just getting better? Reporting is becoming more immediate and precise, and fans have numerous avenues of access to this information. On a positive note, the NFL’s concussion protocol has done a good job at keeping players off the field after they sustain a head injury. But most importantly, the players themselves are much better informed as well. They understand the long-term effects of injuries and are taking more time off before getting back on the field. 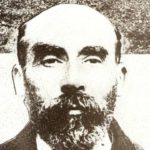