“Women are structurally inadequate for intercourse. This is a pathological condition amenable by surgery,” so claimed Dr. James C. Burt, a gynecologist and obstetrician, in his 1975 book, Surgery of Love.

Unfortunately, for many patients, Dr. Burt’s genital reconstruction typically resulted in the exact opposite effect he proclaimed his procedures would have on them. Most of his patients suffered several side effects, including sexual dysfunction because of pain during intercourse, infection, and the need for corrective surgery after undergoing Dr. Burt’s bizarre medical procedures.

Burt graduated from the University of Rochester Medical School in 1945. He joined the military, working for a time in the US Air Force Medical Corp. Several years later, he returned to the city of his birth, Dayton, Ohio, and it was there that he set up his gynecology and obstetrics practice in the early 1950s. The doctor was dramatically influenced by the Masters and Johnson research during the 50s and 60s and its focus on the clitoris, the nature of human sexual response, and the treatment of sexual dysfunctions and disorders.

Burt came to believe that women’s bodies were not properly aligned for penetrative heterosexual sex and said his unique sexual enhancement surgery could correct this anatomical problem. He felt that the clitoris was positioned too far from the opening of the vagina for women to have enough clitoral stimulation during coitus in the missionary position. The doctor also believed that women lost all or part of their ability to have an orgasm following childbirth, as a result of their vagina becoming too loose post-delivery, claiming that women’s vaginas were “large enough to drive a truck through sideways” after childbirth.

So Dr. Burt decided to fix all that. Between 1954 and 1966, Burt began experimenting on unknowing patients with his own variations of the standard episiotomy repair after child birth. Known for his heavy hand with anesthesia, Burt had human canvasses on which to experiment after delivery. He would increase the amount of stitches to make the vaginal opening smaller and tighter. He would build up the skin tissue between the anal opening and the vaginal opening to alter the walls between the rectum and vagina. He would remove the hood of a patient’s clitoris to expose it, thinking it would enhance the pleasure of sexual intercourse for them. He would actually reconstruct their genitalia, changing the angle of the vagina’s opening in order to move the vagina closer to the clitoris. He would direct the labia majora into the vaginal opening. He would tinker with these women’s bodies and perform these experimental surgeries, which could last several hours after childbirth.

Incredibly, Dr. Burt was not even licensed as a surgeon. By the mid-1970s, he had performed his “love surgery” on almost all of his obstetrics patients and many of his other female patients who were scheduled for various types of surgeries. Burt himself estimated that he performed over 4500 love surgeries during this time.

By this time, Burt was so proud of his accomplishments that he began promoting his love surgery to women as a way for them to increase their sexual enjoyment. By the mid-1970s, Burt felt he had honed his unique love surgery techniques and tried to publish his findings in medical journals but was met with resounding rejections. So he published his own book on the subject to lend his makeshift cosmetic surgery some legitimacy. He claimed his surgical technique would revolutionize relations between the sexes.

What made matters worse was that a local daily newspaper in Dayton brought positive attention to Dr. Burt when it published an article about the doctor’s love surgery. In the article, Burt was quoted as claiming that almost 100% of the women were ecstatic with the results of their operations. He slapped an official name on his genital reconstructive procedures, officially calling his technique “plastic surgical postero-lateral redirection extension vulvo-vaginoplasty.”

His fourth wife, Joan (25 years younger than himself), was coauthor of this book that degraded women with many of its weird observations. Passages from the book report that Dr. Burt’s vaginal tightening also accommodated men, stating that “men of any age” would be able to “love his woman to exhaustion,” and that “every man can be a stud” as a result of his female sexual enhancement surgery. The book even bragged that his wife was one of the doctor’s most successful patients and that “Joan has climaxed in elevators from the Southampton Princess in Bermuda to the Kuilima in Hawaii…more than many women do in their entire lives.” Joan Burt also commented that her husband had “given women the opportunity to enjoy sex.”

As a result of his self-published book and the newspaper article, Burt appeared on the Donahue TV talk show and was also featured in an article in Playgirl. Burt’s medical practice prospered. Women flocked to the doctor’s office inquiring about his love surgery, hoping for a surgically enhanced, superior sex life. By 1978, about 200 women requested the surgery, yet, inexplicitly, Burt continued to perform his sex surgery on unsuspecting women who never requested it. In one case, Burt talked a woman into having a hysterectomy after she gave birth (so he could perform his love surgery on her unwittingly), telling the woman, “You don’t really need to have more kids.”

As a result of his prospering practice, Dr. Burt had his way with many of his willing as well as unsuspecting patients through the late 1980s. The insanity went on for over 20 years; most every one of his love surgeries did not boost sexual pleasure as promised. Instead, his genital modifications brought on nothing but pain, anguish, and misery. Patient complaints about his realigning, redesigning, and disfiguring their genitalia went unheeded…lost in the system. During this time, Burt lived a lavish lifestyle. Among other complications, most patients were left sexually dysfunctional, with “extensive scarring, chronic infections of the kidney, bladder and vagina and the need for corrective surgery in many patients,” as reported in a New York Times article, which brought Burt’s practice to the forefront and set off an avalanche of official complaints from his patients. Some patients reported that their marriages fell apart as a result of Burt’s butchery because it strained their sex lives, as they were unable to have intercourse without excruciating pain. Ex-employees of Burt’s practice corroborated many patient complaints. Malpractice lawsuits swiftly followed, including one in which 33 women reported that they never opted for their genital reconstruction.

Here is a sampling of quotes from victims:

In court papers, one doctor commented that he had treated 150 women for injuries resulting from Dr. Burt’s love surgery, also relaying that some of those women told him that they did not give their consent for such surgery. Another doctor said her patient’s genitals looked like “a fileted fish.” And another doctor who looked at Dr. Burt’s handiwork called in one of the nurses and asked, “Have you ever seen anything like this?” Yet another doctor remarked that he had never seen such horrid work except in African tribes that practiced female genital mutilation.

In December 1988, the Ohio State Medical Board labeled Burt’s conduct “grossly unprofessional or dishonest” and charged him with 41 violations of ethics or standards, stating that Burt often caused permanent physical damage due to his sexual surgeries and his crude experimentation. The board went on to allege that Burt practiced “experimental and medical unnecessary surgical procedures, in some incidents without proper patient consent,” due to the fact that many women thought they were undergoing routine post-pregnancy repairs or hysterectomies.

In January 1989, Burt voluntarily surrendered his license, most likely to avoid a medical board hearing that might have uncovered damaging evidence against him. He subsequently divorced and declared bankruptcy due to a rash of victim malpractice lawsuits totaling over $21 million.

Even after surrendering his medical license, Burt maintained his innocence. He blamed his situation on an “unjustified crucifixion” and “an avalanche of yellow journalism.” He insisted: “My medical practice has been conducted with great concern for the welfare of women. There are a lot of women with problems involving vaginal intercourse that are either not being adequately addressed or not being addressed at all.” His son also came to his defense at the time, reporting, “There are hundreds and hundreds of Dr. Burt’s patients, alive today, whose marriages and lives were dramatically improved by his wholesome restoration to their fully functioning sexual responsiveness, which most of those patients had previously enjoyed earlier in their marriages.” 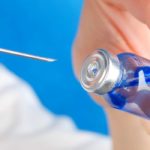 The Secret Service Gave Him the Code Name “Dr. Feelgood”