Jack the Ripper is the most notorious of all serial killers. There have been more books written and more movies made about him than any other murderer in history. The case of the infamous criminal has fascinated people for more than a century, and most intriguing of all is the fact that no person was ever charged with the crimes. Suspects have run the gamut, from barbers, lawyers, and famous authors, to even doctors. However, Jack the Ripper may have finally been identified, according to a UK businessman who privately funded an investigation into the 19th century case, and it turns out the killer wasn’t a doctor, but a 23-year-old Polish immigrant named Aaron Kosminski.

The string of murders associated with Jack the Ripper occurred from August to November 1888 in the Whitechapel district of London’s East End. One after another, at least 5 women were butchered in the night. All were prostitutes and their injuries were described as savage and the most brutal of killings anyone had ever seen. Their throats were cut from ear to ear and their intestines were ripped out of their bellies. One victim was left completely disemboweled, and her uterus and kidney were missing. Another woman’s head was almost completely severed from her body and her facial features were hacked beyond recognition. Both of her breasts, and all of her internal organs, were removed and arranged around her corpse. Much of her flesh was stripped off her body and her heart was missing. Over the course of the investigation, police had very little to go on and there were dozens of potential suspects. Many witnesses reported seeing a man in the company of the victims on the nights of their murders, and their descriptions did have some consistencies. They described him as “shabby-genteel,” dark, short in build, and possibly a foreigner. Over the years, more than 100 names have been proposed as the identity of the serial killer by amateur researchers, but there has never been enough evidence to convict a person of the crimes.

New evidence discovered by author Russell Edwards proposes that the murderer was actually one of the original suspects, Aaron Kosminski, a 23-year-old Polish immigrant who ended up dying in an insane asylum. Edwards, 48, was always captivated by the murder mystery and had been investigating the 126-year-old case in his spare time, but he came to the conclusion that it would never be solved. However, in 2007, he came across a shawl found near the body of one of the victims, Catherine Eddowes, up for auction. It was said that the shawl had been taken from the crime scene by Acting Sergeant Amos Simpson, who wanted it for his wife. However, it was stained in blood and was never worn or washed; it was passed down through the generations until it arrived at the auction. That’s when Edwards got his hands on it. “Here I am with the shawl and possibly the evidence to solve the most unsolvable murder in English criminal history,” he said, “but where do I start? That was the big question.”

Edwards enlisted the help of Jari Louhelainen, a molecular biologist at Liverpool John Moores University, who used modern-day techniques to find DNA from the blood- and semen-stained shawl. His book, Naming Jack the Ripper, details the 3-year journey. “When we discovered the truth it was the most amazing feeling of my entire life.” They confirmed the blood on the shawl was Eddowes’ by using one of her descendants. Then, they discovered that a semen stain on the garment positively matched the DNA from one of Kosminski’s descendants. Edwards says that the discovery proves beyond a doubt that Kosminski, who was one of the 6 suspects commonly cited as the Ripper, was the true killer. The validity of the claim, however, has not been verified in any peer-reviewed scientific journals, and many have expressed their doubts.

In keeping with the Despicable Doctor way, the Medical Bag would like to reflect on one of the physicians who made his way onto the suspects list. Whereas the recent evidence may have exonerated Dr. Thomas Neill Cream’s name from being attached to Jack the Ripper, it doesn’t make him any less despicable!

Cream, also known as the Lambeth Poisoner, was born in Scotland in 1850 and grew up outside of Quebec City, Canada. He attended McGill College in Montreal as a medical student and graduated with honors in 1876. Soon after, he met Flora Elizabeth Brooks. When she became pregnant with an unwanted child, Cream performed his own abortion that nearly killed her. Upon hearing what happened, her father became enraged and forced him at gunpoint to marry his daughter. The next day, he left for England, where he became a graduate student at St. Thomas’s Hospital in London and obtained a qualification from the Royal College of Physicians and Surgeons of Edinburgh. The following year, Brooks died of tuberculosis, a death for which he was later blamed as a result of the botched abortion.

A few years later, Cream returned to Canada and began a career as an abortionist, which seemed promising until the body of a young chambermaid named Kate Gardener was found in his office with a bottle of chloroform beside her. However, despite the evidence obviously pointing to Cream, he was not charged. He subsequently moved his business to Chicago, where his life as a murderer really began to develop. In August 1880, a woman named Julia Faulkner died under mysterious circumstances and all evidence pointed to Cream, but he once again was not charged. His luck changed in 1881 when he was found to be responsible for fatally poisoning several of his patients. He was imprisoned in the Illinois State Penitentiary in Joliet, but was released 10 years later on good behavior. He returned to London, but his murdering ways did not subside. He was hanged for the murder of 4 London prostitutes on November 15, 1892.

Although Cream was incarcerated in Illinois during Jack the Ripper’s murder spree, he was listed as a suspect because, according to some sources, his last words were reportedly, “I am Jack…” This was interpreted to mean Jack the Ripper. Some have rationalized this theory by suggesting that Cream could have bribed officials at the prison and left before his official release. Others say he could have found a look-alike to serve his sentence in his place. 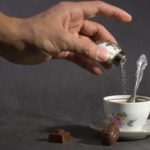