Dr. Ishii studied medicine at Kyoto Imperial University in Japan and was a microbiologist by trade. He spent his professional career as a medical officer in the Imperial Japanese Army, beginning as a surgeon in 1921, and by 1945, reaching the position of surgeon general. To attain that pinnacle, Ishii left behind a trail of human blood, body parts, and entrails and committed horrifyingly wicked inhumane acts along the way to reach the top echelon of military medicine in Japan.

Early in his career, Ishii extensively researched the effects of biological and chemical warfare that took place during World War I. He was obsessed with building upon this base of knowledge, and the Japanese army obliged. Ishii’s military medical career began to blossom in 1932 when he was chosen to head up the biological warfare division. His mission was to conduct covert experiments on human test subjects at a secret prison camp. In 1936, some escapees spread the word of Ishii’s crimes against humanity and the Japanese were forced to destroy the camp. They subsequently moved their medical testing operations to Pingfang, an area outside the city of Harbin, China, and again appointed Ishii as director. Funded by the Japanese government, Ishii had more than 150 buildings constructed across a huge compound covering over 2 square miles and able to house up to 400 prisoners. This prison camp was known as Unit 731. Its operations were conducted under the guise of its official name: the Epidemic Prevention and Water Purification Department of the Kwantung Army of Japan, which was supposed to be researching contagious diseases and water supplies.

From 1942 through 1945, Dr. Ishii unleashed a barrage of the most shockingly cruel experiments perpetrated on human beings the civilized world has ever known. Ishii thought up many hideous medical experiments spontaneously. All atrocities were in the name of medical research meant to defeat Japan’s wartime enemies, as the effects of Ishii’s torture were studied and recorded.

Chinese prisoners of war were not the only test subjects imprisoned at Unit 731. Ishii wanted a wider cross section of human guinea pigs, so he had the Kempeitai military police round up imprisoned criminals from surrounding areas, anti-Japanese political prisoners, as well as people determined to be conducting “suspicious activities,” which just happened to include men, women, pregnant women, elderly, children, and even infants. The Kempeitai arrested thousands of victims and delivered them to Unit 731. Ishii showed no mercy and did not discriminate, experimenting on every single one of his captives.

Unit 731 had a freezer that could be set to 50°F below zero. Hands and arms were frozen to create frostbite; some frozen limbs were thawed to study the rotting of human flesh. Other victims were dehydrated to the point of death. Prisoners were shot in the stomach so that Japanese surgeons could practice removing bullets. Legs and arms were amputated without administering anesthesia. People were injected with seawater to determine if it could be used as a substitute for saline solution. Parts of livers were removed to determine how long one could live with only a partial organ.

To study blood loss, some had their limbs amputated. Sometimes researchers would reattach body parts in novel ways. For example, a stomach would be surgically removed, and then the esophagus would be attached directly to the intestines.

To determine the length of time until death, subjects were placed into high-pressure chambers, placed into centrifuges and spun to death, deprived of food and water, or exposed to lethal doses of x-rays. To determine the relationship between temperature, burns, and length of survival, prisoners were torched with flame throwers or exposed to phosphorus or chloride gas. Some were injected with animal blood. Some were buried alive.

Viruses, bacteria, and other pathogens were created in the laboratory at Unit 731 so that prisoners could be injected with bubonic plague, anthrax, cholera, gangrene, typhoid, tuberculosis, syphilis, gonorrhea, dysentery, smallpox, and botulism; the victims were told the injections were vaccinations. Vivisections were performed on the infected prisoners without administering anesthesia. These experiments were conducted while the prisoners were still alive because it was thought that decomposing flesh would skew results.

To test the effects of shrapnel, prisoners were chained to stakes in open fields and grenades were exploded at varying distances from the victims. Other mind-boggling experiments included forced spontaneous abortions, heart attack and stroke simulations, and forced hypothermia. To test the effects of bombs containing bubonic plague and other aforementioned diseases, similar tactics were used. Researchers wearing protective suits would walk the killing field and examine the dying victims.

Also beginning in 1942, Unit 731 developed dispersion techniques for germ warfare via bio-warfare weapons, which were operationally tested on civilians in Chinese cities. Bio-warfare weapons containing bubonic plague, cholera, anthrax, and other deadly diseases were dropped by low-flying airplanes on innocent residents of these cities. In addition, Unit 731 bred plague-infested fleas in their labs and devised “flea bombs” and other devices designed to spread germs and parasites, which were dropped on Chinese military personnel and civilians throughout World War II. In addition, Ishii had water sources contaminated and crops infected. He poisoned food and candy and distributed them to unsuspecting victims who were living in poverty and welcomed what they thought was kindness from Japanese soldiers; after consumption, victims were then examined.

Death toll estimates from the deadly pathogens released under Ishii’s orders, which caused epidemics, range from 200,000 to 580,000; most of the dead were Chinese. Estimates of the total number of men, women, children, and infants who were tortured and slaughtered at Unit 731 are between 3000 and 12,000. Nearly 30% of those who died at Unit 731 were captured Soviet soldiers. Other unfortunates included Southeast Asians and Pacific Islanders. It’s estimated that close to 200 American and British allies also perished at the death camp.

“How Many Logs Fell Today?”

At Unit 731, the diabolical doctor referred to his victims as “logs” because after he tortured them to death with his hideous medical tests, he had their bodies burned to ashes. Throughout his reign of horror, Ishii was praised by the Japanese government and even was decorated with the coveted Order of the Golden Kite.

The Living Hell Ends but Not Without Dr. Ishii’s Final Acts of Terror and Devastation

On August 15, 1945, Japanese Emperor Hirohito surrendered unconditionally, which ended Japan’s involvement in World War II as well as the war with the Chinese. Immediately after surrender, the Japanese demolished Unit 731 in order to erase all evidence and memory of the atrocities committed at the despicable death camp. Ishii ordered the remaining 150 subjects to be executed. Bodies and body parts were buried. Inexplicably, as the camp was being demolished, the Japanese released thousands of plague-infested rats into the surrounding provinces. In addition, the Japanese released millions upon millions of plague-infested fleas into the area. As a result, an additional 20,000 to 30,000 Chinese died from plague and other diseases over the following 3 years.

Realizing he would be prosecuted for war crimes, Dr. Ishii faked his own death and went into hiding to evade justice. He was found in 1946 and turned over to American occupation forces for interrogation. The US was desperate not to have Ishii’s knowledge of biological weapons fall into the hands of Russia, including the results of his myriad medical experiments on humans. The US also wanted to supplement its own germ warfare program knowledge base with the results of the biological warfare experiments conducted at Unit 731.

After his capture, Dr. Ishii offered to reveal details of the experiments conducted at Unit 731 in exchange for immunity from all of the war crimes he committed. The US agreed to the plea bargain, which also included immunity for top-level members of Ishii’s medical research team. In addition to the promise of not being prosecuted for war crimes, these researchers were enticed with money and other gifts from the US to share what was learned at Unit 731. Dr. Shiro Ishii was never punished for his crimes; he succumbed to throat cancer in 1960 at the age of 67.

Many of Dr. Ishii’s staff (dubbed the Devil’s Doctors) went on to obtain high-profile and influential careers in politics, medicine, and business. They took on leadership roles at such institutions as the Japanese Medical Association, National Institute for Health, and National Cancer Center; others secured high-level positions at pharmaceutical companies.

The immunity deal granted to Dr. Ishii and members of his senior medical staff was kept secret from the public for years (with the assistance of the British government), until details of the atrocities finally appeared in the media in the 1980s. In 2001, a documentary titled Japanese Devils was released that was created from first-hand accounts of the death camp by members of Unit 731 who had been taken prisoner by the Chinese and later released. To this day, Japan denies what happened at Unit 731, explaining that many of the accounts were exaggerated or did not take place at all. 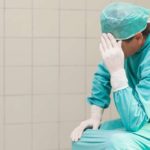