Biomedical Tissue Services was his company’s name; being a modern-day grave robber was more his game. Dr. Michael Mastromarino was a successful oral surgeon with a practice in New Jersey. He had a beautiful home, a wife, and 2 sons. He coauthored a prominent book on dental implants, Smile: How Dental Implants Can Transform Your Life. He was highly regarded in his field. How did this seemingly successful man later become known as the Organ Grinder and the Brooklyn Bone Snatcher?

Mastromarino opened up his body-snatching business after losing his New Jersey dental license as a result of an addiction to painkillers. His drug addiction started due to back aches and a prescription for Demerol. He became careless at work. During a surgery, he fell asleep while standing over a patient. He had to be awoken to finish up. An assistant found him in a bathroom holding a hypodermic needle while a patient had been left on a table under anesthesia during a procedure. He damaged a patient’s seventh cranial nerve, which resulted in a permanent facial droop. Malpractice lawsuits began. He was arrested for possession and being under the influence of a controlled substance. This all resulted in the surrender of his license to practice. Having to find a means to support himself and his family, he began networking, looking for a new occupation. He made an impression on Regenerative Technologies, a company from which he had bought dental implants. He worked with them as a supplier and got his business license for tissue harvesting. He worked with at least 5 other companies who later asserted they had no knowledge of his illicit activities.

Mastromarino did not run a legitimate shop where appropriate guidelines and practices were followed. He solicited funeral parlor directors and undertakers from New York, New Jersey, and Pennsylvania to become part of his ring for access to cadavers, and he paid them $1000 per body. He hired 2 assistants, also known as his “cutters.” They picked apart corpses from 2000 to 2005; their victims totaled over 1000. Through Biomedical Tissue Services, he sold off bones, veins, tendons, and ligaments; the profit on 1 body could reach 6 figures. He never obtained any type of consent from relatives. On forms, they would invent new identities for the deceased, changing their ages, family member information, and physician data. They forged signatures of next of kin.

In the cases where a body would need to be available for a casket viewing, they would insert PVC pipes into the cadaver to disguise the theft. PVC piping is a typical industry practice for reconstruction of tissue donors, when there is family consent. There was no regard for deterioration of the collected specimens. Body harvesting is supposed to be completed within 15 hours of death, but these bodies would sit for days without refrigeration in unsanitary conditions. Further, he orchestrated the dissection of corpses and harvesting of human tissue and remains that were infected with cancer, hepatitis, and HIV. He would supply the processing companies with blood from clean corpses to pass compulsory blood tests. It simply didn’t matter; he was in it for the money. Crematoriums reported that these bodies arrived disfigured and missing limbs, and many were just torsos and blood in a bag.

Mastromarino’s most famous victim was Alistair Cooke, the longtime British journalist, television personality, and broadcaster who hosted Masterpiece Theatre. Cooke died in 2004 at the age of 95. He had been ill with heart disease, but died of lung cancer that had spread to his bones. Cooke’s daughter, a Congressional minister, made arrangements for his cremation pragmatically through the Yellow Pages. For $595, they came to collect the body and would later return with the ashes. Unfortunately, the company she dialed up was part of Mastromarino’s body snatchers network, and they collected her father’s remains, taking his arm and leg bones for their purposes, again, without family consent.

Cadaver trade is big business and is on the rise. Used body parts can be recycled and put to good use. There is an insatiable demand for organs, transplant tissues, and the like. Bones, veins, membranes, ligaments, tendons, cartilage, skin, and corneas can all be repurposed. There are simply not enough donors to keep up with demand. Mastromarino decided to cash in, to the tune of well over $4 million.

While the Organ Grinder was in business, an investigation began in New York City. One of the funeral homes had been sold and the new owners noticed numerous irregularities in corpse documentation. Further, there was a “hidden” room, outfitted like an operating room with saws, scalpels, and knives, located within their newly purchased facility. They contacted the NYPD with their concerns, who in turn began to check against the forms, which provided links to tissue transplant companies around the United States. As the investigation expanded, it appeared that hundreds of corpses had been mutilated, and the police discovered that none had been done with family consent. The investigation grew extensively and the wide network of crime was soon disbanded.

After his arrest, Mastromarino pleaded guilty to reckless endangerment, enterprise corruption, and body stealing, and was sentenced on June 27, 2008 to 18 to 54 years of prison time. He made a deal with the District Attorney’s office to pay back $4.6 million, which was to be distributed to the victims’ families. During his court appearance, Mastromarino apologized for all the pain and grief he had caused to the families of the victims.

Of the transplant recipients, one patient, Betty Plaff, suffered from severe infection, septic shock, and eventual paralysis. Others developed illnesses such as hepatitis C, syphilis, and HIV.

Mastromarino developed metastatic liver cancer, which spread to his bones, while incarcerated. The disease ended his life on July 7, 2013. He was 49 years old. 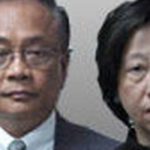