From 1942 through 1944, Dr. Marcel Petiot, a highly respected physician in his community, saw an opportunity to build his personal wealth during the insanity of World War II in Paris. It was a black period in Parisian history, when Jewish families hoped to escape slaughter. It was also a surreal time in Paris while World War II was raging, as disappearances were commonplace in the Nazi-occupied city. There was nowhere to turn. Fearing for their lives, Jews couldn’t report missing persons to the Nazis.

In the midst of the ongoing lawlessness was Marcel Petiot, who was known as a devoted and benevolent doctor. Throughout the French Underground, he was recognized as a freedom fighter willing to risk his life to help Jews, Resistance fighters, and ordinary French citizens seeking to escape Paris to the safety of South America. However, Petiot particularly preyed on Jewish people who were desperate to flee France in order to survive the lethal environment.

Petiot devised an evil, despicable scheme where he claimed that he could arrange safe passage from Paris to Argentina via Portugal for the sum of 25,000 francs per person. The price included all necessary travel documents. Accomplices would lure unsuspecting victims to Petiot, who used the alias “Dr. Eugène.” Dozens of victims would show up with their 25,000 francs, plus all of their life savings and belongings stuffed into a suitcase, thinking they were going to start a new life away from the daily danger in which they were living.

His Poison of Choice: Cyanide

When victims arrived at his house, Petiot informed them that Argentinian officials required an inoculation for all people entering their country. And, who better to inoculate them than a physician? The escape route he promised was nonexistent. Petiot proceeded to inject his victims with cyanide. Then he’d watch them die. Not only did he steal their 25,000 francs, he’d rummage through their luggage and took anything of value that he found.

Business was booming for Petiot, as many Jews were being hunted by the Germans for “questioning,” and were in hiding, fearing imminent death. At first, Petiot dumped the dead bodies in the Seine, which was very risky given how busy the river was. Eventually, Petiot purchased a house in Paris at 21 Rue le Sueur, where he built lime pits in the basement to disintegrate the bodies, along with a coal stove used for incineration.As he implemented his phony escape route scheme, Petiot was sloppy, and did not bother to keep a low profile. Eventually, word reached the Gestapo that there was a doctor who was a member of the French Resistance who was helping Jews escape the country. German authorities arrested Petiot’s accomplices, and under torture, it was revealed that “Dr. Eugène” was actually Dr. Marcel Petiot, who was running the escape network the Nazis believed to be genuine.

The Stench of Death

But on March 11, 1944, before the Nazis could track down the doctor, his neighbors complained of a foul stench emanating from smoke billowing out of the house’s chimney. The noxious odor prompted Petiot’s neighbors to call the police to investigate. The police feared a chimney fire and summoned the fire department as well. When the police and firefighters entered Petiot’s home, they discovered human remains scattered throughout the basement. Petiot pleaded his case, saying that the Gestapo was looking for him because he was part of the Resistance and explained that he had killed Germans, informers, and French traitors. The French police, sympathizers to the cause and embittered by years of Nazi occupation, did not arrest Petiot—an extremely lucky break. Petiot immediately fled his house and hid underground in Paris, claiming his allegiance to the Resistance. He was provided safe haven by a few of the movement’s supporters. Now, living as a fugitive from the Nazis, Petiot grew a beard and adopted various aliases. During his absence, his murder-for-profit crimes were quickly uncovered and the manhunt grew to include French authorities as well.

When Paris was liberated in 1944, Petiot was using the name Henri Valeri. The new name and whiskers didn’t help much because on October 31, 1944, Petiot was recognized at a Paris Metro station and arrested. He was charged with 27 counts of murder-for-profit.

During his trial, Petiot was defiant, claiming that the people he helped were all alive and living well in South America under assumed names. As for the bodies and body parts found in his cellar, Petiot claimed that each one was a Nazi whom he had killed to protect the people of France. His story was not believable, and he was convicted of 26 counts of murder and sentenced to death. The media dubbed him “Doctor Death” and the “Butcher of Paris,” among other nicknames. He was suspected of killing more than 60 people during his murder spree. His financial gains were estimated to be 200 million francs, the equivalent of approximately $25 million today. Petiot was beheaded by guillotine on May 25, 1946 for his heinous crimes.

Death in the City of Light: The Serial Killer of Nazi-Occupied Paris, a true-crime book written by David King and covering the investigation and trial of Dr. Marcel Petiot, was published in 2011. An earlier book, The Unspeakable Crimes of Dr. Petiot by Thomas Maeder, reconstructs the doctor’s crimes and trial from survivor interviews as well as the once-classified official court dossier. 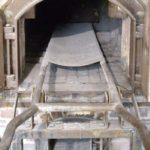 This MD Was One of America’s First-Known Serial Killers