His sadistic life of lust and murder was chronicled in the shocking tell-all account Fatal Prescription: A Doctor Without Remorse, a true-crime story by John Griffiths.

Born on the island of Cyprus, Josephakis Charalambous was 8 years old when his parents immigrated to Canada, settling in Vancouver, British Columbia. Although he was close to his mother and sister, somewhere in his upbringing, he came to despise women and view them merely as sexual objects. He was known to engage frequently with prostitutes to satisfy his seemingly insatiable sexual drive and desire to control women. It is said that the reason Charalambous wanted to become a doctor in the first place was to attract women with his professional status. But once he became an MD, women didn’t flock to him as he imagined.

Charalambous was running a family practice when, in 1985, at the age of 33, he became obsessed with 15-year-old Shelley Joel. Shelley was the doctor’s patient, as were the other members of her family. To the dismay of her parents, Dr. Charalambous began pursuing the young girl, buying her gifts of candy and magazines. The acceptance of these gifts, and Shelley’s appreciation of all the attention she was getting, alienated her from her parents. It was said the doctor slowly brainwashed young Shelley and abused her mentally and physically. Reports of his flirtations got back to the Canadian medical licensing board, but a few years later, they married. Even after wedlock, Charalambous continued seeing prostitutes, cheating on Shelley to feed his sick sexual appetite. Some people felt that he only marred Shelley to avoid censure from the College of Physicians and Surgeons of British Columbia.

By then, it was time for the doctor to move on…to other girls. The year was 1991. Another family under his care included 2 teenage daughters, and, right on cue, Charalambous became enamored with both of the pretty young girls: Katie and Sian (pronounced Shawn) Simmonds. However, these girls didn’t appreciate the flirtations and all the attention Dr. Charalambous showered on them. Katie and Sian told their father about the doctor’s unprofessional and creepy conduct. Their dad contacted the College of Physicians and Surgeons and the girls lodged a formal complaint against Charalambous for sexual misconduct. Charalambous panicked. This was the second time his name was brought to the Canadian medical governing board in relation to his professional impropriety with underaged girls.

Charalambous found out in late 1992 that the girls were scheduled to appear before the board for a hearing of their complaints in March 1993. Shockingly, Sian Simmonds was murdered in her basement on the morning of January 27, 1993 in Surrey, British Columbia. Sian was shot twice and then beaten on the head several times with a blunt object (it was later determined that the blunt object was the handgun used to kill her).

Shortly afterward, Sian’s killer, David Schlender, came forward and confessed to the murder. He pleaded guilty to second-degree murder and revealed the identity of the man who hired him to make the hit in exchange for police protection, for financial assistance for his family, and for not receiving the death penalty.

Schlender was a drug addict who owed money to a man named Brian West. West was an unsavory, intimidating character, an ex-convict who continually threatened to harm Schlender and his family if Schlender didn’t commit multiple murders. West told Schlender that a karate instructor friend of his needed Katie and Sian Simmonds killed to prevent them from testifying against his friend. Not so coincidently, Charalambous was a black belt karate expert and instructor in his spare time. In fact, West had met Charalambous at a karate club. West later rescinded his earlier instructions and told Schlender that he only needed to kill Sian, the girl who drove a red Jeep and lived with her parents in the Simmonds’ home. Schlender finally agreed to kill Sian, and West supplied him with a handgun, a silencer, and bullets.

Here’s how the slaying went down. Trial testimony revealed that Schlender drank beer and smoked crack cocaine with his friend, Brian Cann, on the morning of the murder. He then borrowed Cann’s car and made a trial run to the Simmonds’ residence, then drove the car to his house and smoked more cocaine with his wife. Schlender then took the loaded handgun and drove to the Simmonds’ house again. Schlender scratched the red Jeep in the driveway with a key. Sian was living in the basement of the home at the time; he was directed to her living quarters by an upstairs resident who answered the front door. He told Sian that he had accidently scratched her Jeep and the two went outside to examine the damage. They both returned to her basement, where Schlender proceeded to give her Cann’s automobile insurance documents; he then excused himself to the bathroom. Moments later he emerged from the bathroom with the gun, shot her 2 times, and then viciously beat her on the head with the gun.

On the day of the murder, eyewitnesses confirmed seeing Schlender running from the Simmonds’ residence and driving away in what was later identified as Brian Cann’s car. A day later, when Schlender was arrested, he had a large amount of cash on him. West had given Schlender $700 before the killing and $1200 following the killing (with promises of more money to come). Schlender confessed that he was only trying to threaten and scare Sian into not testifying against Charalambous, but she panicked after seeing the gun and wrestled with Schlender, scratching him. It was then that Schlender became unnerved and killed her. He went on to tell police that West had hired him to murder Sian on behalf of a karate instructor friend. (In a separate trial, Schlender was convicted of second-degree murder and sentenced to life imprisonment with eligibility for parole set at 20 years.)

It wasn’t long before authorities theorized that West was hired by Charalambous to do away with Sian to prevent her from testifying against the doctor to the College of Physicians and Surgeons of British Columbia for sexual misconduct. Charalambous had recently renewed his passport and was planning an impromptu trip to Cyprus.

Schlender testified at the trial, and surprisingly, so did Josephakis Charalambous’ wife, Shelley, the girl he wooed when she was 15 years old and eventually married when she was of legal age; she was also the mother of his 3 children. When questioned, Shelley indicated that she was unaware that her husband was sexually assaulting some of his young female patients and engaging with prostitutes. However, Shelley gave devastating testimony, painting her husband as verbally and physically abusive as well as a desperate gambler who took out bank loans to place illegal bets under the pretext of needing the money to expand his medical practice. She didn’t stop there. Shelley continued to testify that her husband valued money above all else, was an abuser of alcohol and prescription sleeping pills, and had a fast temper. She said that he would make frequent death threats to various people, among them, Shelley’s mother-in-law, members of the College of Physicians and Surgeons, David Schlender and his entire family, and police officers who he was going to shoot in a donut shop. He also told her he’d have a shootout with any cop who tried to arrest him. Apparently, Charalambous had viewed his wife as his confidant with whom he could confide some of his darkest secrets. She continued her testimony to reveal details of the murder of Sian that only perpetrators could have known, saying that he even threatened to kill Sian and Katie Simmonds for causing him trouble. Her testimony was given the most weight and it ultimately led to his conviction.

Doctor Charalambous was found guilty of first-degree murder for hiring the man who shot and bludgeoned Sian a few months before she was to testify against the doctor in a sexual misconduct hearing. It was a contract killing cut-and-dried. He was sentenced to life imprisonment and must serve 25 years of that sentence before he is eligible for parole.

His is an astounding story of a decadent physician driven by lust for teenage girls, who was so concerned about being censured by a medical governing body that he felt it necessary to have one girl murdered to prevent her from testifying against him. 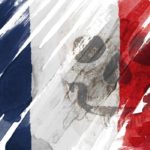 French Doctor in World War II Was a Serial Killer