One of the most atrocious eras in human history is without a doubt the Holocaust. About 11 million people, including approximately 6 million Jews, are estimated to have been slaughtered at the hands of Adolf Hitler and the Nazi Party. Jews were forced to live in ghettos and then rounded up to be sent to concentration and extermination camps, where they were herded into gas chambers and killed. At a number of concentration camps, Nazi doctors conducted gruesome and horrific medical experiments on prisoners against their will. This leads us to one of the most infamous Nazi doctors who ever lived, Dr. Josef Mengele.

Born on March 16, 1911 in Günzburg, Germany to a prosperous family, Josef Mengele was the eldest of 3 children. In 1935, he earned a PhD in physical anthropology from the University of Munich, and 2 years later he became the assistant of Dr. Otmar von Verschuer, a leading scientific figure known for his research with twins, at the Institute for Hereditary Biology and Racial Hygiene in Frankfurt. That same year, Mengele joined the Nazi Party, and in 1938, joined the SS. In 1940, he was drafted into the military, where he volunteered for medical service in the Waffen-SS. However, his time in the military was cut short after being wounded while on campaign and he was sent back to Germany, where he resumed work with von Verschuer at the Kaiser Wilhelm Institute for Anthropology.

Encouraged by von Verschuer, Mengele applied for transfer to the concentration camp service to take advantage of the opportunity to conduct genetic research on human subjects. His application was accepted and he was posted to Auschwitz in the spring of 1943. Mengele first gained notoriety for supervising the selection of arriving prisoners to the camp, determining who would be sent to the gas chambers and who would become a forced laborer. This earned him the reputation as the “Angel of Death.” Whereas most of the other doctors viewed the selection process as one of the most horrible duties and had to get drunk in order to endure it, Mengele had no problem with the task. He often arrived smiling and whistling a tune, and even showed up for selections he wasn’t assigned to.

Within a month of his arrival at Auschwitz, an outbreak of noma erupted in the Gypsy camp. Mengele’s solution was to send over 1000 Gypsies to the gas chamber. A similar event occurred in the women’s camp a month later, and the doctor sent more than 600 women with typhus to the same fate. In one of the most horrific exterminations, Mengele and a group of other officers circled a fire pit before about 10 dump trucks filled with children arrived. The trucks backed up to the fire and Mengele and the other officers started throwing the children into the pit. The children screamed as they were burned alive, while others managed to crawl out of the pit. But the officers walked around the pit with sticks and pushed those who managed to get out back into the fire.

Mengele then moved to experimentation. His work revolved around genetic engineering to eradicate inferior genes from the human population to create a German super-race. He believed that twins held these mysteries, and about 1500 pairs of them were brought to Mengele through the selection process. The twins were provided more comfort than the other prisoners and given extra food rations to keep them healthy. As soon as a pair of twins arrived at Auschwitz, they were tattooed and Mengele would ask them questions about their history. Every morning, they reported for roll call, where they ate a small breakfast. Mengele would then come to talk to them, give them candy, and even play games with some of them. Some of the younger children even called him “Uncle Mengele.” Life wasn’t so bad for twins at the barracks, until it came time for the experiments.

Every day, twins were selected for experimentation. He would require that they give blood and sometimes so much was drawn that a twin would faint. Some underwent huge blood transfusions from one twin to the other. In an attempt to change their eye color, he painfully injected chemicals into their eyes, only to result in infection. One night he collected 7 sets of twins with different colored eyes, killed them, dissected them, and then sent the eyes to von Verschuer for analysis. Twins as young as 5 were killed from experiments, then their bodies dissected. For one pair of twins, he attempted to create conjoined twins by sewing their backs together and trying to connect blood vessels and organs. A few days after the extremely painful process, the twins developed gangrene and died. Many twins had their limbs and organs removed without the use of an anesthetic. Other experiments included isolation endurance, reactions to various stimuli, spinal taps without anesthesia, the removal of sexual organs, and incestuous impregnations. Out of the 1500 twins experimented on by Mengele, only around 200 survived the horror.

The End of the War

At the end of the war, Mengele became a fugitive and fled from Auschwitz on January 17, 1945. He spent the next 34 years in hiding. He assumed a fake identity and worked as a farm hand near his native Günzburg until 1949. He fled to Argentina, where he was able to get by unnoticed. The search for Mengele ended in 1985 when West German police raided the home of a lifelong friend of the monster. They seized several letters from Mengele, and within a week, authorities identified the families that had harbored Mengele in South America. They discovered that Mengele had died in a drowning accident in 1979. 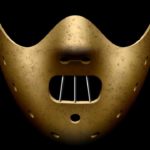