In July 2012, a pathologist was found shot and stabbed to death in his Lubbock, TX home, the result of a murder-for-hire plot perpetrated by a plastic surgeon whose evil motive can be traced to 1 of the 7 deadly sins: envy. It seems the pathologist was dating the plastic surgeon’s ex-girlfriend and, out of a jealous rage, the hit man was hired.

But this story has a Texas twist: the payment to the hit man was made with bars of silver, reminiscent of the Wild Wild West and the days of desperadoes. It was 3 bars of silver to be exact, each valued at $3000 at the time, for a total of $9000 of silver in exchange for approximately 10 pints of blood.

Dr. Thomas Michael Dixon, of Amarillo, TX, was the plastic surgeon who hired the hit man, David Neal Shepard, to murder Dr. Joseph Sonnier III, the chief pathologist at Covenant Health in Lubbock. Dr. Dixon was a high-profile plastic surgeon in the Amarillo area. He was well known because of the size of his practice and the fact that he advertised on billboards and made local media appearances.

In testimony, hit man David Shepard’s roommate testified that Shepard told him he had broken into Dr. Sonnier’s home through a window, stabbed Sonnier, and shot him with a gun given to him by Dr. Dixon. Shepard’s roommate also revealed that Shepard was extremely distraught after committing the murder. In fact, the roommate noted that Shepard attempted suicide shortly after the killing, by cutting his wrists. Dr. Dixon must have been Johnny-on-the-spot because the roommate stated in an affidavit that Dixon stitched up Shepard’s wrists, told him to calm down, and suggested that Shepard go away somewhere for a few weeks. (A health care website that grades doctors per patient feedback had posted that Dr. Dixon was rated “very good” at scheduling appointments.)

Dr. Dixon was recently divorced from his wife, Shannon. She filed for the divorce, stating “insupportable because of discord or conflict of personalities.” Dixon was paying his ex-wife $2100 per month in child support plus $3000 per month in alimony, and he turned over their home to her as well. The divorce filings provided reasons for the hefty payments, which included Dr. Dixon’s culpability in the breakup of their marriage, fraud, and disparity of earning powers.

Bail was set for $10 million each for both the hirer, Dr. Dixon, and the hit man, David Shepard. Shepard, who is 52, accepted a deal with prosecutors and pleaded guilty to capital murder in the fatal attack of Dr. Joseph Sonnier III. As part of his plea bargain, prosecutors agreed not to seek the death penalty. Shepard is serving a life sentence in prison without the possibility of parole.

The trial of Thomas Michael Dixon for hiring David Shepard to commit murder on his behalf began October 27, 2014 and is still underway at the date of this publication. 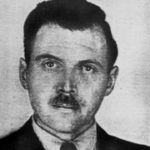