Piercing through the soft palate between the tonsils is a rare form of body modification due to the many health issues that can arise, but there are people out there who do get it done. A captive bead ring made of surgical stainless steel is typically used for uvula piercing, but niobium or titanium can also be used. The bead, or ball, on the captive bead ring can be made of the same material used to manufacture the ring, or the bead can be made from colored glass, ceramic, acrylic, or a gemstone. A 14-gauge captive ring bead is typically used, but uvula piercings have been performed with 16-gauge and even 12-gauge captive bead rings.

Dangling a Piece of Metal Above the Windpipe

Uvula piercing is an infrequent form of body modification because it has a high failure rate due to the intensity of the gag reflex, which makes it extremely difficult to apply or receive the piercing. It may take numerous attempts to clamp and secure the uvula for piercing. Mucus bubbles typically appear, making the process even more frustrating to accomplish. And once in place, mucus bubbles can form on the ring at any time.

Another problem is that the uvula can become crushed during the piercing process, which can result in swelling and infection. What’s more, during sleep, the metal ring pulls the uvula down, reducing the diameter of the airway; the downward tug also increases the likelihood of snoring and other sleep-related breathing disorders. In addition, it is important to place the piercing as high up on the uvula as possible because migration can be a serious problem, or at least turn into a very annoying one, as the ring can stick to the back of the tongue, which will require repositioning by swallowing motions to flip the ring back to a comfortable position. Lastly, the piercing may be rejected by the body a few weeks or months after insertion.

If that weren’t enough to distract even a die-hard body modification aficionado, there are more reasons to avoid it. If the ring becomes undone, the jewelry can get caught in the throat, impeding airflow or worse. Yet, with all its risks, annoyances, and possible problems, hundreds of professional piercers have reported that they have performed this type of procedure for customers; but it is still very rare in comparison to other types of body piercings.

If you are interested, it’s extremely important to find an expert in uvula piercing. Typically, the piercing is performed using a normal piercing needle, which is hollow. The procedure is executed in a standard clamp-and-pierce fashion; however, there are slight modifications in the tools and steps needed to ensure safety in this delicate area (for example, the needles are bent to accommodate the small area.) Typically, the uvula has little feeling; it is the surrounding tissue that is involved in the gag reflex. That’s why it’s important to have the person gargle with oral lidocaine to numb the inside of the mouth and attempt to eliminate the gag reflex. If the person having the piercing gags violently, the needle or the jewelry may drop down the throat, or the side of the throat may be inadvertently pierced. An experienced practitioner will perform several dry runs to gauge the gag reflex to ensure it’s kept to a minimum.

Uvula piercings are mostly inserted horizontally, but some people have the jewelry inserted into their uvula from front to back. It may take an individual a few days or a week to get fully accustomed to the piercing rubbing against anatomy in the area. And there’s always the possibility of accidental gagging that can occur at any time. Complete healing takes about 2 weeks. The most difficult aspect for the wearer is keeping the jewelry free of plaque; it may require holding the jewelry in place with forceps and brushing it clean because the uvula contracts and changes shape during swallowing motions. In some cases, the piercing may impair fellatio.

At this point in time, there is no evidence that having a uvula piercing presents any serious risk, including accidental dislodging or damage to the uvula itself. Piercing practitioners point out that some anti-snoring surgeries go as far as removing the entire uvula.

Uvula piercing is very personal and can be revealed to whomever the wearer wants to impress, or distress. Perhaps Jon Cobb, who first performed this type of piercing in 1994 and has had the procedure done on himself, can shed some light on the thought process of someone who chooses to have his or her uvula pierced: “Psychologically, it feels like you’re getting the center of your head pierced. That is so live, so real, and the risk inherent only added to the psychological imperative, and I was just driven to have it. Again, not a rational action, but that’s not the point.” 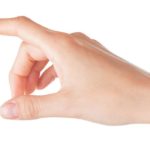