Let’s face it; puberty is an awkward and confusing time for adolescents. In what can seem like overnight, changes to the body start happening spontaneously. Body hair starts growing all over the place, acne pops up everywhere, and let’s not forget about the cruel stench of body odor.

As if puberty isn’t confusing enough, for some girls in a small community in the Dominican Republic, the changes puberty brings are much more drastic than expected; these girls literally transform into boys. It sounds like a joke, or perhaps the plot of a science-fiction movie, but it’s a strange reality for a small group of children living in Salinas, an isolated southwestern village in the Dominican Republic.

They are called “guevedoces,” which loosely translates to “penis at 12” and that is exactly what happens. They are also sometimes called “machihembras,” which means “first a woman, then a man.”

The condition was first examined in the 1970s when Julianne Imperato of Cornell University traveled to the Dominican Republic to investigate the claims that young girls were beginning to develop masculine features.

It was found that the drastic changes in these girls were caused by a rare genetic disorder that occurs because of a missing enzyme that prevents the production of the male sex hormone dihydrotestosterone in the womb. All babies in the womb, regardless of gender, have internal glands called gonads and a bump between their legs called a tubercle. Eventually, male babies who carry the Y chromosome begin to produce dihydrotestosterone, turning the tubercle into a penis, while the tubercle becomes a clitoris for females. Some male babies, however, are missing the enzyme 5-alpha-reductase, which triggers this hormone surge. As a result, when they are born they appear to be female, with no testes and what appears to be a vagina. But when puberty strikes about 12 years later, another surge of testosterone is produced, which this time the body does respond to, and the male reproductive organs finally emerge.

Once fully developed, the genitalia and prostate of guevedoces are smaller than average, but they do achieve complete sexual and reproductive function. They also develop more masculine facial features.

The condition was also found in children living in Sambian villages in the eastern highlands of Papua New Guinea. It is interesting to note the differences in the way both cultures deal with the condition. The Sambians view these children as flawed, and they are rejected and humiliated by their families and society. However, in the Dominican Republic, guevedoces are accepted and are given a celebration as a part of the child’s transformation.

The condition was recently examined in BBC Two’s series “Countdown to Life,” which explores the biological development of human life. According to the filmmakers, one in 90 boys in the remote community of the Dominican Republic is born as a girl and grows up to be a man.

During interviews, several of the children said they never felt like girls, even before hitting puberty and growing a penis. For Johnny, formerly known as Felicita, the transformation made him far happier than when he was a girl. It became clear that he was a guevedoces when he reached age 7. Johnny told the filmmakers that when he was young he would go to school in a red dress and was never comfortable participating in “girl” activities.

“I never liked to dress as a girl, and when they bought me toys for girls I never bothered playing with them—when I saw a group of boys I would stop to play ball with them,” he said.

Research has uncovered that the genetic disorder is of autosomal recessive inheritance, and because of the small populations in these communities the condition persists. Both cultures in which the disorder appears classify 3 sexual categories: male, female, and pseudohermaphrodite. Local physicians have even become more attuned to identifying which girls may be guevedoces.

It turns out the genetic condition has been useful to the pharmaceutical industry in treating other conditions. Roy Vagelos, a research scientist at Merck who in the 1970s led a research team investigating the phenomenon, took interest in how the hormonal qualities of the guevedoces may have something to do with prostate size. The team eventually developed the drug finasteride, which blocks 5-alpha reductase, emulating the absence of dihydrotestosterone that occurs in guevedoces. The drug is used today to treat enlarged prostate and male pattern baldness. 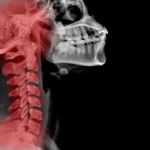 Will the First Human Head Transplant Be Performed by 2017?