Talk about ring around the collar!

Imagine being a 5-year-old girl and having a brass coil collar weighing about 4½ pounds wrapped around your neck. And, what you have to look forward to, as you blossom into a woman, are incremental increases to your “fashionista” accessary look until you’re wearing a full set of brass coils around your neck weighing about 22 pounds! Their neck skin often chafes and becomes bruised and discolored from the stress of the coils and the years of wear.

For centuries, young girls of the Padaung tribe in Southeast Asia have endured this painful process as a rite of passage, and must continue to bear this burden through their entire lives to remain true to one of their most ancient customs. It’s estimated that this practice dates back to the 11th century, making this particular form of body modification a tradition for over 1000 years.

To begin the process, a single coil is wound around a young girl’s neck by an elder tribal woman at an early age when the bones are small and flexible. Then as the girl grows, to achieve the stretched-neck look of her elders, additional coils are added every few years or so. Some young girls actually look forward to the additions because they rarely see what their necks look like until their old set of rings is removed and new ones are added. A full set of neck rings consists of up to 25 coils. A wider coil is worn near the shoulders with a small coil wrapped around it at 90 degrees, then the remaining neck rings climb up to right below the earlobes. The coils are cumbersome, but after about 10 years of enduring the continuous wear, most Padaung women accept the brass neck coils and the long-neck look as an integral part of their body.

The look, however, is an optical illusion. The neck never stretches. The weight of the rings pushes downwards, collapsing the collar bones; as a result, the upper ribs also bear this downward pressure. Sufficient weight eventually causes the clavicle and the ribs to descend about 45 degrees down from their normal position, lowering the shoulders and making the neck appear to be elongated; as part of the illusion, the collar bone appears to be part of the neck; the shoulders fall further with each addition of the neck rings, further compressing the rib cage. In actuality, it’s not neck elongating, it’s shoulder-lowering! It may seem mind-boggling that an intentional body deformation is desired just to have the appearance of a very long neck.

So how did this bold fashion statement begin? There are many different accounts of why the Padaung practice this bizarre custom; the myths and folklore abound. For example, some say the coil collar was first introduced to protect women from tiger bites. Others say the coils made women look unattractive so slave traders were less likely to hunt them down and capture them. On the opposite end of the spectrum, some say the coils symbolize beauty and wealth, in order to make a woman attractive to the men of the Padaung tribe, which help them attract a better husband. Some say the rings identify the women as Padaung, translating into “hands-off,” so they won’t be taken by men of other tribes. Another theory is that the rings represent the look and power of a dragon, fostering the legend that Padaung women are descendants of the mythological Mother Dragon.

Whatever the origin, today’s stretched-neck look defines these women as Padaung; it is their identity, their symbol, their signature tribal marking.

The Padaung are a subgroup of the Kayan people, who live on the border in a mountain region between Burma and Northwest Thailand. There are 4 subgroups of Kayan distinguished by different traditional dress. The Padaung originally lived in their homeland of Burma, now called Myanmar. In 1962, a military coup overthrew the government of Burma. The new regime wanted to modernize the country and persecuted the Padaung because of their ancient customs. New laws were enacted prohibiting primitive customs such as neck stretching. So, in order to preserve their culture, customs, and identity, the Padaung fled to Thailand to avoid civil war.

Still living in refugee camps today, the Padaung tribe draws droves of Western tourists who travel many miles to witness their ancient ways. The Padaung refugee camps have become one of the most popular Thailand tourist attractions. Tourists refer to the Padaung as “giraffe” women or the “long-neck” tribe. The money generated from merchandise displaying the stunning brass coils wrapped around the necks of Padaung women enable the ancient tribe to preserve their culture while they are in exile. Ironically, what was once a persecuted mark of identity is now a profitable way to make a living. 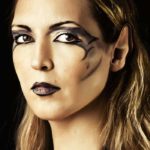