For months, I knew the vaccines were coming. I thought I was ready. Turns out, I wasn’t.

First came the images of doctors and nurses getting their vaccinations. Then the shot of former Vice President Pence, with the sleeves of his gray button-down shirt rolled up for a gloved caregiver to inoculate him. Three days later, President Biden got the vaccine. The next day, it was Anthony Fauci. And the images and videos keep coming. They pop up uninvited on my social media timelines, each showing a small-bore needle buried deep into someone’s deltoid to deliver one of two doses of the coveted COVID-19 vaccines.

I know what I’m supposed to feel. The body language of the leaders is trying to tell me that help is on the way in the form of a safe and effective vaccine and that I should get vaccinated too. But I’m not getting the message because every one of the photos makes me flinch and turn away, my heart rate and blood pressure rising as my stomach muscles contract in the familiar, sour grip of an acquaintance I’ve known since childhood. Fear of needles is a public health menace that could derail the nation’s quest for herd immunity because millions of people like me might be too afraid to get vaccinated. Yet fear of needles seems to be an afterthought in the public conversation about people’s reluctance to receive a COVID vaccination. Instead, news coverage and social media buzz has focused on worries about possible side effects, concern about the speed of approval, a general mistrust of government, and anti-vaxxer nonsense as well as an understandable lack of trust among Black Americans created by our shameful history of racially targeted medical abuses.

Research suggests that somewhere between 20% and 50% of people are afraid of needles. That’s 66 to 164 million Americans who share my fear and likely duck or delay vaccinations, physicals, and other basic medical and dental procedures knowing that some form of piercing with cold, hard steel — be it an injection or bloodwork — might happen.

In 2012, a Harris Interactive survey for Target found that 60% of people intended to skip a flu shot that year, and 23% of those folks were doing so because they didn’t like needles. Avoiding shots because of needle fear isn’t limited to the civilian population. According to a review of research published in the Journal of Advanced Nursing in 2018, 8% of healthcare workers at hospitals and 27% of all hospital workers avoid influenza vaccination because of needle fear.

The fear of needles expresses itself in a wide range of exquisitely humiliating ways. For some, it’s a powerful vasovagal reflex — lightheadedness, nausea and sweating, often followed by fainting caused by a sudden drop in blood pressure. Those who are prone to fainting often have a parent with a vasovagal response to needles, and — strangely — many report feeling no conscious fear of injections or piercings. For most nonfainters like me, however, it’s all about fear. Terror, really. Not the Godzilla’s-coming-wave-your-arms-in-the-air species of terror; it’s more the slowly-digest-your-internal-organs variety. That fear could be the product of dread that develops over time due to an unwavering regimen of needle-related procedures. More commonly, it’s conditioned by a single negative experience or a cluster of traumatic events, typically occurring in childhood between the ages of 4 and 6, when children are old enough to remember the experience but are too young to understand it.

For me, that series of bad experiences was a run of childhood dental procedures, each of which required multiple Novocain injections. In the half-century since then, I anxiously count down the days leading up to every doctor and dentist’s appointment. Yes, I’ve let a few flu shots and annual checkups slide — I once even walked out of my doctor’s office just as I was about to sit for bloodwork — but my needle fear is on the mild side. Although I dread it, I have every intention of getting the COVID vaccine (those of us with needle fear are rooting hard for one-shot COVID-19 vaccines like Johnson & Johnson’s to be approved before our turn on the executioner’s block comes).

Charles (not his real name), a 56-year-old investment manager from Houston, is one of the millions of American adults with a more vexing case of needle fear. His misery also began as a child, when he was repeatedly hospitalized due to respiratory issues or accidents. Since then, his fear of needles has been paralyzing. He doesn’t get flu shots or go for annual physicals. Even after his father died suddenly due to cardiovascular issues, Charles wouldn’t see a cardiologist. He’ll do whatever he can to avoid the needle, especially bloodwork or the intramuscular injections required for most vaccines.

“When I know it’s coming, I have incredible amounts of dread,” he says. “It causes me panic attacks. For at least a week beforehand, I’m nonfunctional, and when I get to the doctor’s office, I have a hard time verbalizing things. I don’t want to be trapped; I look for the exit. I wear runner’s shorts, and I don’t take them off so that I can run if I have to.”

Charles’ despair about needles sometimes boils over into frustration, even anger. At the recommendation of a therapist, he wrote a document he calls “My Needle/Medical Phobia/PTSD Manifesto” to explain his condition and his needs. He hands it to doctors and caregivers in advance of his procedures. They usually accept it, he says bitterly, but he’s never seen anyone read it. What infuriates him most, he says, is how his fears are ignored or dismissed. Why, he wonders, can’t the medical community offer needle-free alternatives and pain-reducing technologies like the dental community does? Or even just a bit more patience and understanding?

Charles hesitates when asked if he intends to get the COVID vaccine. He know it’s the right thing to do, but he doesn’t see how it can happen without making some type of special arrangement, such as getting the vaccination while he’s under general anesthesia.

“I don’t think people realize how big of an ask this is,” he says.

He’s not alone. There may be a surge of younger needle-fearers who need to be coaxed to roll up their sleeves for a COVID vaccination. Amy Baxter, a researcher at Augusta University and CEO of Pain Care Labs, says that fear of needles is on the rise, and she thinks it may be related to an unintentional generational childhood trauma caused by the triumphant national campaign to end nearly all vaccine-preventable diseases (I stress: an achievement to celebrate).

In 2017, Baxter and Renata J. M. Engler of Walter Reed National Military Medical Center examined historical changes in self-reported needle fear and the childhood vaccine schedule in the U.S. and found a strong correlation between a surge in the fear of needles and a sharp increase in the number of vaccines that were recommended for children, which peaked in the 2000s. In my day, the vaccine schedule called for only a handful of childhood vaccinations. In the ’90s, the recommended number tripled. Now it’s more than 30, spread over an 18-year period, and they’re often administered in multiple-injection sessions that far exceed even my most nightmarish single-injection appointment experience.

To Baxter — also an entrepreneur who has developed technologies to reduce needle pain in children and adults — the rise in needle fear may explain a part of why many young people aren’t getting flu shots, completing their human papillomavirus vaccine series, or even signing up for the Affordable Care Act (ACA). They may have no intention of going to the doctor, if it can be avoided.

“Needle fear is a big public health issue,” Baxter says, “and we in the medical profession may be too blind to see it for the risk to public health that it is.”

I know that the national priority needs to be getting the vaccine to as many people as quickly as possible. And perhaps COVID’s deadly toll and the prospect of a vaccine-fueled return to social normalcy may motivate more people who suffer from fear of needles to get the vaccine. Even so, if we want this vaccination campaign to work well, we may at the very least need a slight attitude adjustment.

“For the typical adult who’s giving you the needle, the attitude is ‘Suck it up, roll up your sleeves and get over it,’” says Anna Taddio, professor of clinical pharmacy research at the University of Toronto’s Leslie Dan Faculty of Pharmacy and a leading researcher in the area of pain mitigation during vaccination. “We need to insert some empathy.”

At age 57, I’m not sure there’s much that can be done about my fear of needles. Yes, there are pain reduction techniques; it’s never been about pain for me. But it’s not just about fear either. When I’m about to receive an injection or get my vein pierced, I’m also gripped by shame. It’s deeply embarrassing to have my fear be witnessed by someone else. Part of that shame is knowing that I’m making things more difficult for caregivers. What makes it better is for the person administering the needle to be accepting, patient and understanding — acknowledging that fear of needles is real and common. That’s all I ask. It may be all that most of us needle-fearers need so that we can do the right thing in the coming months. 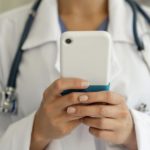