Primary care office-based addiction treatment of opioid use disorder with buprenorphine is a realistic and scalable solution to address the overdose crisis in the United States, according to an opinion piece published in The New England Journal of Medicine.

Citing that in 2016, for the first time since the 1960s, life expectancy in the United States dropped for the second consecutive year (partially because of opioid overdoses), the article’s authors argued their case for wide-scale buprenorphine implementation by primary care physicians. They addressed the following myths regarding opioid use disorder treatment:

Myth #1: Buprenorphine treatment is more dangerous than other interventions for the management of chronic conditions.

Reality: Federal regulations have resulted in physicians receiving insufficient training in buprenorphine treatment. It is, in fact, simpler than many other routine treatments such as titrating insulin or starting anticoagulation treatment.

Reality: Prescribed medications, such as buprenorphine, taken for the management of a chronic illness (ie, addiction), do not fit the criteria for addiction.

Reality: No data indicate that detoxification programs are effective treatment options. Actually, detoxification eliminates tolerance, which may increase the likelihood of overdose death.

Myth #4: Prescribing buprenorphine is a time-consuming and cumbersome process.

Reality: Buprenorphine treatment is uniquely rewarding, as physicians can observe dramatic clinical improvement. Additionally, in-office inductions and behavioral therapy are not necessary for treatment to be effective.

Myth #5: Reducing the number of opioid prescriptions alone will address the opioid epidemic.

Reality: Although prescription rates have dropped, overdose mortality continues to increase. This suggests that patients with opioid use disorder who cannot get opioids shift to the illicit drug market, where overdose risk is higher.

Suggestion: Develop a national network of telemedicine to facilitate the interaction between primary care physicians and pain and addiction specialists for the treatment of patients with opioid use disorder.

“The opioid-overdose epidemic is complex and will require concerted efforts on multiple fronts, but few other evidence-based actions would have such an immediate lifesaving effect. It won’t be easy, but we are confident that U.S. [primary care physicians] have the clinical skill and grit to take on this challenge,” concluded the authors. 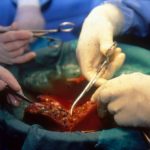