As the “baby boomer” generation ages, an increasing number of older Americans are entering the healthcare system, posing new challenges to healthcare providers. It is estimated that in 2030, the “young old” (aged 66 to 84) will number 61 million people and the “oldest old” (born prior to 1946) will number 9 million.1 The number of Americans ages 65 and older is projected to more than double from 46 million in 2016 to over 98 million by 2060, and the 65-and-older age group’s share of the total population will rise to nearly 24% from 15%.2

Americans over age 65 visit their doctor on average 8 times per year, compared to the general population’s average of 5 visits per year.3 Physicians should prepare for an increasing number of older patients by developing a greater understanding of this population and how to enhance communication with them.3

Communication with older patients can be complicated for several reasons. One is that they constitute more heterogeneous group than younger people.3 Their wide range of life experiences and cultural backgrounds can inform the perception of their illness and willingness to adhere to medical regimens.3 In addition, sensory loss, memory decline, slower processing of information, reduced power and control over their own lives, retirement from work, and increased dependence on family may create a more complex communication dynamic.3

A recent survey4 found that only 44% of older adults using multiple medications had spoken to a healthcare provider about possible drug interactions, suggesting an important gap in communication. Another survey5 found that one-quarter of older adults had recommended treatments that they did not think they needed, and roughly one-tenth reported wanting a test, medication, or procedure they thought was needed but was refused by their healthcare provider. Even more concerning, 30% only partially understood the provider’s explanation, and 10% did not understand it at all.

“Dealing with the disconnects that can occur when communicating with older patients is a huge and challenging issue,” according to Jake Harwood, PhD, Professor of Communication, University of Arizona, Tucson.

“These disconnects are due to an array of factors, including hearing loss, cultural variations, and differing communication styles,” he told MPR.

The Role of Hearing Loss

According to the National Institute on Deafness and Other Communication Disorders (NIDCD), hearing loss is one of the most common conditions affecting older and elderly adults, with approximately 1 in 3 people age 65 to 74 and almost 50% of those ≥75 having difficulty hearing.6

Communicating with individuals who are hard of hearing involves specific skills, noted Dr. Harwood, who was involved in the development of the Gerontological Society’s evidence-based review, “Communicating with Older Adults.”7

“Face the person at eye level and make sure your face is fully visible so that they can read your lips, since people with hearing issues become very good lip readers,” he advised. 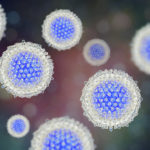