“Dreamers” across the country erupted in emotion earlier this week when President Donald Trump announced the termination of the Deferred Action for Childhood Arrivals (DACA) program that protected undocumented immigrants brought to the US as minors from deportation. DACA had granted these young people amnesty from deportation, allowing them to live, work, and study in America without fear of being separated from their current homes and families as long as they abide by several regulations set forth in the legislation.1

Former president Barack Obama has remained silent during most of his successor’s administrative tenure — until now. “These Dreamers are Americans in their hearts, in their minds, in every single way but one: on paper,” said President Obama in a recent statement.2

“They were brought to this country by their parents, sometimes even as infants. They may not know a country besides ours. They may not even know a language besides English. They often have no idea they’re undocumented until they apply for a job, or college, or a driver’s license.”

Obama goes on to say that “to target these young people is wrong — because they have done nothing wrong. It is self-defeating — because they want to start new businesses, staff our labs, serve in our military, and otherwise contribute to the country we love. And it is cruel.”

So what does this mean for our medical students? It means with the threat of DACA’s end, 65 undocumented medical students and residents face risk of deportation, revoking their permit to study and work in a country already facing a critical physician shortage.3 According to the Association of American Medical Colleges (AAMC), projections of physician shortages in the United States range between 61,700 and 94,700 over the next decade.4

In a recent article published in The Atlantic, both medical students and residents under DACA’s protection expressed concerns about what the DACA repeal means to them. 5 For many, losing the provided protection inhibits their ability to pay medical school tuition, forces them to withdraw from matriculation, and abruptly ends their dreams of practicing medicine altogether.

“I won’t be able to pay my living expenses, much less my tuition. It’s bittersweet to have found something you’re happy doing, knowing it might be taken away,” Cesar Montolongo, an MD-PhD candidate at Loyola-Stritch School of Medicine in Chicago, told The Atlantic. “DACA students are immigrants that are likable or marketable to the general public. I don’t think we’re different, because all immigrants are ‘Dreamers,’ we all came here because of the promise of the American dream,” added Marina Di Bartolo, an internal medicine physician at the University of Pennsylvania. “The day [DACA] is revoked, I have to take off my white coat.”5

“Ultimately, this is about basic decency. This is about whether we are a people who kick hopeful young strivers out of America, or whether we treat them the way we’d want our own kids to be treated. It’s about who we are as a people — and who we want to be,” President Obama concluded in his statement.2

Until Congress decides the future of DACA, the future of those who have dedicated their lives to serving their communities and to the healing of our country remains unclear. America was founded on the contributions of immigrants from all reaches of the globe — and that is exactly what made America great in the first place. 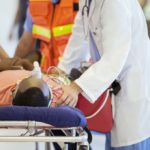 Ethical Conflicts Between Patient and Physician Are Common in Futility Care