According to a new study in the New England Journal of Medicine (NEJM), self-referring urologists dramatically increased their usage of a more expensive, but not necessarily more effective, radiation treatment they own compared to their non-self-referring counterparts where no ownership interest exists. The study adds to the existing mountain of evidence that the in-office ancillary services loophole to the Stark Law costs the Medicare system billions without benefiting patients.

“The College of American Pathologists (CAP) applauds the latest research from the New England Journal of Medicine,” said CAP President Gene N. Herbek, MD, FCAP. “We also applaud Rep. Jackie Speier (D-CA) for her introduction of the Promoting Integrity in Medicare Act of 2013 (PIMA), H.R. 2914. We agree with Senate Finance Committee Chair Max Baucus (D-Mont.) that ‘Enough is enough.’ Now is the time for Congress to close this loophole and fix the problem.”

The study comes on the heels of a recent Government Accountability Office (GAO) report, “Higher Use of Costly Prostate Cancer Treatment by Providers Who Self-Refer Warrants Scrutiny,” released in early August which also found significant increase in cost and utilization due to radiation therapy self-referral. The report found Medicare expenditures for IMRT services performed by self-referring groups increased rapidly from 2006 through 2010 by approximately $138 million, as compared to a $91 million decrease in the non-self-referral group. During the same time period, IMRT utilization among self-referring groups increased by 456 percent, while the number of IMRT services performed by non-self-referrers decreased by 5 percent. GAO could not attribute any of these findings to patient preferences, age, geographic location, or patient’s health status.

Two other GAO reports on advanced diagnostic imaging and anatomic pathology have had similar findings on self-referral, including the study “Action Needed to Address Higher Use of Anatomic Pathology Services by Providers Who Self-Refer,” which found that in 2010, providers who self-referred made an estimated 918,000 more referrals for anatomic pathology services than they likely would have if they were not self-referring. CMS estimated these additional referrals cost Medicare about $69 million in 2010.

Additionally, the Office of the Inspector General of the U.S. Department of Health and Human Services, peer-reviewed, published academic studies, as well as recommendations from several bipartisan groups such as the Moment of Truth Project and the Bipartisan Policy Group have all stated the need to narrow the in-office ancillary services (IOAS) exception under the Stark Law.

Also, on August 1, 2013, U.S. Rep. Jackie Speier (D-CA) introduced legislation, “Promoting Integrity in Medicare Act of 2013,” which would amend the Stark Law’s IOAS exception by removing anatomic pathology, physical therapy, advanced diagnostic imaging, and radiation oncology from the list of services that may be self-referred under the current exception. It would not change the status of clinical pathology or other services covered by the IOAS exception.

The CAP is a member of the Alliance for Integrity in Medicare (AIM) Coalition, a broad coalition of organizations representing laboratory, radiation oncology, medical imaging and physical therapy services committed to ending inappropriate self-referral. CAP and the coalition wholeheartedly endorse Rep. Speier’s legislation.

“The CAP supports Rep. Speier’s legislation and applauds her courage in leading the way on putting an end to self-referral abuses. CAP believes the only way to solve the self-referral problem is to remove anatomic pathology from the Stark Law in-office ancillary services exception,” said Dr. Herbek. “Congress must act quickly to pass this legislation and close this loophole once and for all.” 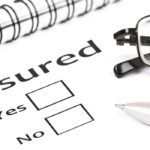