Repealing the Affordable Care Act (ACA) before developing a replacement plan is likely to leave more Americans uninsured and uncompensated than ever before, former President Barack Obama argued in a recent opinion piece in The New England Journal of Medicine.

Repealing or even undoing individual components of the ACA will lead to financial insecurity and decreased access to care for tens of millions of Americans, he warned.

“‘Repeal and replace’ is a deceptively catchy phrase.

The truth is that health-care reform is complex with many interlocking pieces, so that undoing some of it may undo all of it,” Mr Obama said.

The former president wrote that the ACA has improved the health of millions of Americans by providing access to high-quality care at a lower cost than historically seen.

As part of an argument that removing individual components of the law could be disastrous, Mr Obama pointed to the ACA’s individual-responsibility portion, which requires all Americans to have minimum essential coverage.

Coupled with financial assistance, this portion of the ACA has provided access to coverage and benefits for 133 million Americans with pre-existing conditions, he wrote. Repealing this individual-responsibility element of the law will lead to skyrocketing premiums and millions of people will lose coverage, Mr Obama explained.

Failing to have a replacement plan before repealing could lead to loss of health-care coverage, because insurance companies could pull out of the health-insurance market, he added. 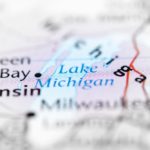