According to an article on the American Medical Association website, only about 20% of physicians are able to prescribe controlled substances electronically. Greater uptake of this technology may be coming, however. Beginning January 1, 2021, a federal law called the Every Prescription Conveyed Securely Act takes effect requiring that prescriptions for controlled substances covered under Medicare be prescribed electronically.

Colin Banas, Vice President of Clinical Product Solutions for DrFirst Inc., a healthcare technology solutions firm headquartered in Rockville, Maryland, said a “fair number” of doctors do still call in or write out prescriptions for controlled substances. Most doctors who are not e-prescribing these drugs thought they could “kick it down the curb” for another year, he said. The federal legislation will be a push for everyone to get on board. “It’s safer and easier, and once they start, they will never go back,” Banas said.

Banas pointed out that technologies that enable e-prescribing offer a range of safety features, such as alerting physicians to potential harmful interactions between an opioid and another medication a patient is taking. Some technologies allow doctors to prescribe controlled substances with their smartphone while on call or away from the office. Some can also send messages to patients when it is time to pick up medication.

Paul Hilliard, MD, an Associate Professor in the Department of Anesthesiology and Medical Director of Institutional Opioid and Pain Management Strategy at Michigan Medicine, remembers when prescriptions were only written on little white notepads. Since then, he has helped organizations convert solely to e-prescribing and has been involved in implementation of substance-related legislation in Michigan.

Prescribing controlled substances this way is safer and more convenient for patients and physicians, he said. This is true particularly at his organization, which has a set of controls in the system that automatically makes the process smoother and more secure.

“You won’t run afoul of the law, because you can lock down the systems to ensure a PDMP is checked,” Dr Hilliard said. “And if you’re busy in clinic, doctors can get distracted and not check the PDMP before they hand write a prescription.”

Michigan’s system also identifies patients who receive medications for chronic vs acute problems. In most states, patients prescribed these medications for an acute condition can only receive enough pills for a limited number of days – often 5 to 7. If a prescription is identified as acute, it automatically limits the number of tablets that can be prescribed.

In addition, electronic medical record (EMR) systems prompt providers to discuss with patients the dangers of controlled substances. It recommends that doctors inform patients it is a felony to sell the medications and to explain the possibility of addiction and the dangers of mixing the drugs with alcohol and taking the drugs while pregnant, Dr Hilliard said.

Michigan Medicine’s system can also help physicians calculate morphine equivalents and automatically prescribe naloxone if the patient meets the threshold for that.

“Organizations can tie it to so many other good things like patient education, and it can protect patients and providers,” Dr Hilliard said. “They can leverage this technology to cross their T’s and dot their I’s.”

Although automatic safety features incorporated into e-prescribing systems have the potential to ameliorate the nation’s opioid epidemic, the high cost of setting up these systems can be a challenge. According to an article in Perspectives in Health Information Management, implementing an e-prescribing system can cost upwards of $42,000, with annual costs of $14,000 at a practice of 10 full-time physicians. States have grant programs to mitigate some of the costs, but smaller groups may still find the expenses burdensome.

“If there is a solo practitioner on their own, which is becoming less and less common, it can be a big financial burden to get it up and running,” Dr Hilliard said. “The same goes for small-town and rural providers.”

If a practice already has the technology — which many likely do and do not know it or use it — then it is not a big leap to get started, he noted.

An important part of setting up a system to e-prescribe controlled substances is to make sure it is certified for the purpose, Banas said. To be certified, a system must have features like 2-factor authentication (such as a password and a cell phone verification), access controls, and reporting and auditing capabilities. Providers must ensure they have proper identification to ensure that individuals signing prescriptions have the credentials to do so. 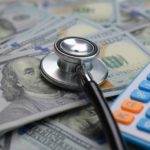 Financial Health of Hospitals ‘Dire’ Due to COVID-19