Medicaid-insured and uninsured patients with acute myocardial infarction (MI) had a significantly lower chance of receiving percutaneous coronary intervention (PCI) treatment and a higher likelihood of death and rehospitalization compared with privately insured patients, according to a study published in the Journal of the American Heart Association.

The Affordable Care Act reduced the percentage of uninsured Americans from 20.3% in 2012 to 12.6% in 2015. Although having insurance coverage increases access to medical care, insurance coverage is not all equal. Studies have indicated that Medicaid-insured patients and those who are uninsured receive different care after an acute MI than those with private insurance. However, these studies did not control for hospital fixed effects, and they looked either at a limited sample of hospitals or a limited set of outcomes.

Matthew J. Niedzwiecki, PhD, from the Department of Emergency Medicine and the Philip R. Lee Institute for Health Policy Studies at the University of California at San Francisco, and colleagues conducted a multivariate regression analysis of data for all nonelderly adult patients with an acute MI in California from January 1, 2001, to December 31, 2014, using patient-level data. The investigators used hospital-level information to control for differences between hospitals.

Limitations of the study include a lack of data on postdischarge care, medication, and reasoning why PCI may not have been performed. These data are local to California, limiting overall generalizability. 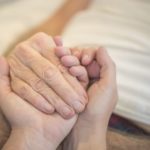 Decline in Medicare Recipients Who Die in Acute Care Hospitals