HealthDay News — According to a study published in JAMA, there is a greater reduction in readmission rates at hospitals subject to penalties under the Affordable Care Act’s Hospital Readmission Reduction Program (HRRP).

Nihar Desai, MD, MPH, from the Yale University School of Medicine in New Haven, Connecticut, and colleagues compared trends in readmission rates for target and non-target conditions in a retrospective cohort study of Medicare fee-for-service beneficiaries older than 64 years.

“Medicare fee-for-service patients at hospitals subject to penalties under the HRRP had greater reductions in readmission rates compared with those at non-penalized hospitals,” the authors write. 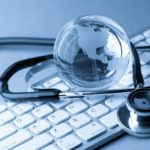