Emergency physicians’ services are more expensive in states with full Medicaid expansion compared with nonexpansion states, according to a study recently published in the Annals of Emergency Medicine. Lower uninsured rates and higher per-visit costs for self-pay and privately insured individuals drive this higher cost.

This retrospective study included at least 3 million pre-expansion and 3.7 million postexpansion emergency department visits between July 2012 and December 2015. Among the 50 emergency departments in 14 states included in this dataset, 23 were classified as full-expansion, 17 as partial-expansion, and 10 as nonexpansion. Full expansion was defined as an increase from 0% to 138% of the federal poverty line in Medicaid eligibility, whereas partial expansion included states that accepted those at greater than 0% of the federal poverty level in their pre-Affordable Care Act (ACA) Medicaid program. The association between Medicaid expansion and cost per visit was assessed using the difference-in-differences method, with cost per visit being the primary outcome.

Limitations to this study included a small number (50) of emergency departments, access to emergency physician vs overall cost data, lack of control for other changes in reimbursement, the use of relative value units to gauge intensity of care, and the fact that nonexpansion states had a much higher baseline rate of uninsured patients.

The study researchers concluded that “full Medicaid expansion was associated with increased reimbursements to emergency physicians compared with that in nonexpansion states in this sample of EDs. This was driven by lower proportions of uninsured patients and better reimbursement per visit for both commercially insured and self-pay patients.” 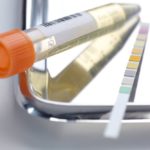