HealthDay News — Medicare fee-for-service beneficiaries were less likely to die in acute care hospitals in 2015 than in 2000, according to a study published online June 25 in the Journal of the American Medical Association.

“Among Medicare fee-for-service beneficiaries who died in 2015 compared with 2000, there was a lower likelihood of dying in an acute care hospital,” the authors write. 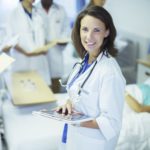