In 2012, I took the first of what would be 4 separate board certification examinations, 3 of which were administered by the American Board of Internal Medicine (ABIM). At that time, it was well understood that I would have to retake those exams every 10 years to maintain my certification status. This was a change from previous generations of physicians who were grandfathered in with lifetime certification after passing the boards the first time. The board certification process has continued to evolve in complexity.

Around 2014, the ABIM rolled out a new maintenance of certification (MOC) program aimed at being more continuous rather than once every 10 years. The program seemed to lock physicians into costly fees for MOC examinations that focused on irrelevant clinical minutia and failed to reflect clinical practice. Further, physicians who opted out of the program were tagged on the ABIM website as “not meeting MOC requirements” even if they were board certified, thus suggesting that they had in some way failed to meet requirements for their certification.

This change to the ABIM policies sparked outrage among physicians, forcing the ABIM to reconsider the change.1 Rather than scrap the program altogether, the organization tried to address specific concerns. For example, during my cardiology fellowship, I wrote to the ABIM and visited the booth at an American College of Cardiology meeting to express my disapproval of the program. Only 2 years after passing my Internal Medicine board exam, I was being threatened with failing to maintain certification if I didn’t dish out another $2000 in fees to obtain MOC credits.

Shortly after I shared my complaints, I received a letter from the organization stating that they were revisiting their policies and, that for the time being, I would remain in good standing. Eventually, the ABIM decided to award credit to board-certified individuals who were still in training for being in training. In February of 2015, the ABIM publicly suspended the practice assessment, patient voice, and patient safety requirements of their MOC program. They changed the language on the website to reflect a physician’s voluntary participation in the program, rather than suggesting a failure to meet requirements. Lastly, they locked in the prices for a few years and attempted to revamp the MOC examinations to better reflect clinical practice.1

Although board certification is supposed to be a “voluntary continuous professional development accolade,”2 it has become a requirement of hospitals and insurance companies and an expected achievement of training programs. While there is no official requirement that physicians sit for specialty and subspecialty board examinations during training, it is an understood fact of our training that we ought to. Opting out places your professional future at risk. A physician who is not board certified may be looked down on by colleagues and mentors. A physician who is not board certified risks losing patients who expect the best physicians to be board certified. The physician may risk not getting credentials at the hospital of his or her choice because said hospital may require board certification status for privileges. Physicians who opt out might even put themselves at legal risk for lawsuits, because without board certification they may not be perceived as experts in their field.

Thus, after a decade (sometimes more) and hundreds of thousands of dollars invested, a single 7-hour exam holds our professional future hostage. Despite these consequences, we often willingly accept this challenge, not realizing that the true challenge lies ahead. The initial board certification process is actually the lowest risk period of the certification process. In the beginning, physicians have few-to-no patients, are unlikely to have an established reputation, and job prospects are wide open. Some physicians might even take some time off after training to prepare for their boards. This is much harder to do later once a physician has established a practice.

If one fails to maintain certification 10 years later, the consequences may be significantly more devastating. For example, when an infectious disease physician failed her infectious disease maintenance of certification examination in 2009, after nearly 2 decades of successful practice, she lost her hospital privileges, her reputation was blemished, and she was unable to treat her patients.3 Imagine the financial burden that this placed on her and her family. In another example, a physician who declined to renew his ABIM certification in gastroenterology was listed on the ABIM website as not certified, which adversely affected his prospects with a prominent group practice he sought to join.3 In yet another example, a physician at Detroit Medical Center failed her MOC in 2014 in internal medicine and lost her admitting and consulting privileges at that medical center, in addition to losing her contract with Blue Cross and Blue Shield.3

On December 6, 2018, these physicians filed a class-action lawsuit against the ABIM on behalf of 100,000 internal medicine physicians. They argued that the ABIM has illegally tied its initial board certification product to its MOC products and illegally monopolized the board certification process by requiring physicians to purchase MOC while simultaneously inducing employers and insurance companies to require ABIM certification (note that ABIM controls more than 95% of the MOC market).4 Further, the lawsuit reasons that there is no evidence to support that MOC has any “beneficial impact on physicians, patients, or the public” and that physicians who were certified prior to 1990 are exempt from MOC — pointing out that “many qualities are necessary to be a competent physician, and many of those qualities cannot be measured.5 Thus, board certification is not a warranty that a physician is competent.”5

Physicians around the country have rallied behind the class action lawsuit, with many physicians threatening to follow suit. Physicians have been fed up with the exorbitant costs associated with MOC, the undue burden on their practices and their families, the unfair and unjustified consequences should they opt out or fail the voluntary MOC, and the overall lack of evidence to support that MOC is at all beneficial. These sentiments are further fueled by a backdrop of suspected corruption at the ABIM.

In 2015, Kurt Eichenwald, senior writer for Newsweek, New York Times bestselling author, and 2-time Pulitzer Prize finalist, wrote an eye-opening article after pulling the ABIM’s public tax records (IRS 990 forms). His article suggests that the ABIM lied on the IRS forms regarding payments to lobbying firms for “‘strategic advice’ on issues related to Obamacare,” which includes lobbying Congress on behalf of their MOC program to earn government contracts as a physician quality registry. There was also evidence of “lavish spending,” with millions paid out to senior ABIM officials and obscure deferred payments to the same officials. In one example, Westby G. Fisher, MD, FACC, an internist, cardiologist, and cardiac electrophysiologist at NorthShore University Health System in Evanston, Illinois, found that the ABIM — a nonprofit organization — had spent $2.3 million to purchase a luxury condominium in Philadelphia at a time when the organization was posting a progressively negative balance.6

The overall distaste among physicians for the ABIM has resulted in the formation of a new competing certifying body: the National Board of Physicians and Surgeons. Likewise, older organizations such as the Association of American Physicians and Surgeons have also independently filed a class action lawsuit against the ABIM, citing collusion by the ABIM with health insurance companies and hospitals.7 In September 2018, the Department of Justice published an opinion letter suggesting that the MOC program may do harm by “increasing the cost of healthcare services to customers and imposing overly burdensome conditions on physicians who wish to maintain their certifications.”8 Discussions on Twitter with the hashtag #endMOC suggest that physicians are mounting a growing legal and social media movement against the ABIM, with many doctors trying to uncover more financial skeletons from the ABIM’s IRS 990 forms.

In a public statement regarding this month’s lawsuit, the ABIM states that they are “disappointed” about the lawsuit and that “the organization will vigorously defend itself, recognizing that doing so will consume resources far better dedicated to continuous improvement of its programs.”9 Further, the ABIM has, over the last few years, publicly published their IRS 990 forms in an effort to be more transparent.

Most professional organizations such as the American College of Physicians recognize the need to ensure that physicians keep up with the latest evidence-based practices. However, while they agree with MOC in theory, issues with the implementation of MOC have led them to petition the ABIM for reforms to the MOC process.10

I can sympathize with the physicians who find the current MOC programs to be unjust, too expensive, and overall unnecessary in their current form, but I also see a need to maintain and continuously update our medical knowledge. Although I cannot speak to Dr Fisher’s motivations, it seems apparent that his deep dive into the ABIM’s IRS 990 forms has uncovered some issues with the nonprofit that may give the current class-action lawsuit credibility with regard to both the ABIM’s monopoly on MOC and some alleged financial abuses that may explain the skyrocketing costs associated with MOC.

I suspect more lawsuits are likely to follow, and we have yet to see what a seasoned investigative reporter might uncover if he or she were to take a short sabbatical from reporting on the White House and focus their sights on the ABIM. Hopefully these challenges to the current MOC process will result in a fair, more cost-effective, and less burdensome process to maintain certification in the years to come. 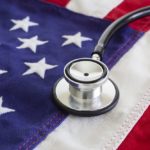 Examining Inefficiencies in US Medical Care