The Association of American Medical Colleges reports that numerous recruiting initiatives have failed to achieve the desired increase in underrepresented minorities in the physician profession. An Ideas and Opinions article published in the Annals of Internal Medicine1 asserted that efforts to diversify the workforce have been insufficient because they fail to address the socioeconomic challenges faced by many underrepresented minorities.

Clinical studies indicate that minority and low socioeconomic status are negatively associated with standardized test performance.2 As such, underrepresented minorities are vulnerable to underperformance on the Medical College Admission Test (MCAT), per existing economic and racial biases. Invoking a legal standard known as “disparate impact,” Inginia Genao, MD, from the Yale University School of Medicine and Jacob Gelman, JD, from the Yale Law School in New Haven, Connecticut, supported the development of alternative assessment strategies to evaluate candidacy for medical institutions.

Under the disparate impact statute, an employment practice cannot disproportionately affect one group based on protected characteristics, including race, sex, or religion, even if the practice itself appears neutral. Authors asserted that this statute may be applied to medical student admissions, given that medical institutions effectively serve as gateways to employment. Studies indicate that MCAT performance is not strongly associated with medical school performance and that minorities typically have lower scores than nonminorities,3,4 indicating that the principles of disparate impact underpin medical institution admission procedures.

The Association of American Medical Colleges has encouraged the use of holistic review processes, including the FlexMed Program at the Icahn School of Medicine at Mount Sinai. Under the FlexMed program, undergraduate sophomores from any major concentration can apply without submitting MCAT scores. Studies indicated that the academic performance of FlexMed students did not differ from the performance of those with traditional applicant qualifications. The Boston University School of Medicine has also implemented a more holistic review process and bolstered diversity among its student body — without any decline in student performance.

A diverse medical workforce is associated with many demonstrable benefits for the patient population, including shrinking the gap in health disparities.5 The successes of existing holistic review processes support the use of alternatives to the MCAT in medical school admissions, such that a diverse physician population may be achieved. 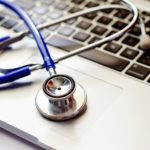 Tips for When It’s Time to Go: How to Leave Your Practice