Lina Zeldovich is an award-winning writer journalist whose work has appeared in Newsweek, Smithsonian, Scientific American, NPR, The Atlantic, The Boston Globe, Popular Mechanics, Undark, Audubon Magazine, Sierra Club, Hakai Magazine, Nature, BBC and Psychology Today. Her book, “The Other Dark Matter: The Science and Business of Turning Waste into Wealth” will be published by Chicago University Press in 2021.

All articles by Lina Zeldovich The Gory, Gruesome and Grisly History of Surgery

British surgeon James Young Simpson summed up a 19th-century patient’s chances of survival in one pithy and pitiful statement: “A man laid on the operating table in one of our surgical hospitals is exposed to more chance of death than was the English soldier on the field of Waterloo.” And he was right. Until the… When Harvard Medical School switched to remote learning last March, Silvia Huerta Lopez went back to her family in New Jersey. She had quarantined for two weeks before leaving Boston, to avoid potentially bringing the novel coronavirus home. But her entire family was already sick and coughing — months later they all tested positive for… In Her Debut Book, Olivia Campbell Details How the First Women in White Coats Changed the World of Medicine

In the early 1800s, women’s access to meaningful healthcare was grim, with many dying from diseases curable re. Because, for the most part, they weren’t allowed to attend medical schools, female physicians were unheard of, and women often avoided male doctors. Some didn’t want to be examined by men, and others were afraid that a… 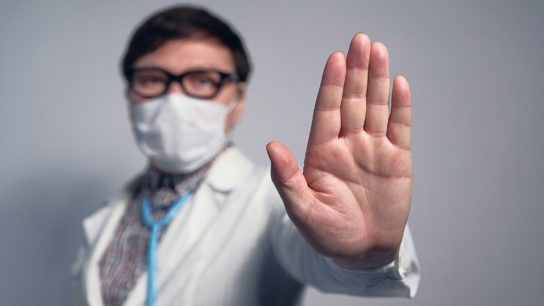 When COVID-19 vaccines became available for physicians in December 2020, Howard Green, a Florida dermatologist in his early 60s, waited to hear about his vaccination appointment from a Tenet Healthcare hospital he’s affiliated with. But the call never came. Green wasn’t placed on the high-priority list, despite performing Mohs surgeries, which involve removing microscopic skin… 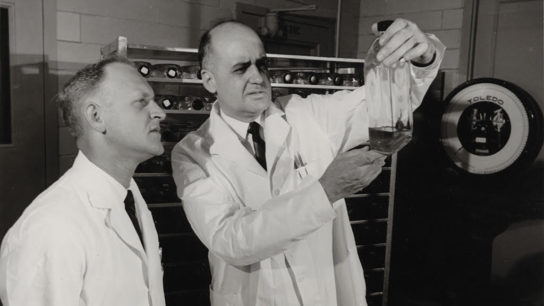 The Man Who Saved the World With Vaccines

In the spring of 1957, American microbiologist Maurice Hilleman read an article in The New York Times that left him greatly alarmed. “It said that there were all these children taken into dispensaries in Hong Kong, twenty thousand people lined up,” he said, describing the hospital scene in China in an interview years later. “My… When the COVID-19 surge began and patients started pouring into Mount Sinai Hospital in New York City, neuroscientist David Putrino had to close the doors of his laboratory, as all nonessential research was put on pause. But he found a better use for the lab. “We couldn’t see patients or do research, so the 3,000… The Food and Drug Administration (FDA) advisors have begun to review Emergency Use Authorization (EUA) for the first two COVID-19 vaccines, much-awaited remedies since the pandemic began last spring. If approved, the Pfizer-BioNTech and Moderna Inc. vaccines will begin to arrive at health departments and hospitals shortly after. Patients will likely have a myriad of… When Julie Graves, a family medicine doctor at Nurx, a women’s health telemedicine company, first looked at President-elect Joe Biden’s COVID-19 task force, she felt a sense of relief. A former adjunct professor at the University of Texas School of Public Health who had worked with Houston health officials on the Ebola preparedness effort, she… Earlier this month, shortly after Pfizer announced that its vaccine was 90% effective in preventing COVID-19 in a clinical trial, New Jersey physician Linda Girgis tweeted to her patients: “As a family doctor, I’m seeing whole families infected with #COVID19. Please #WearAMask and keep #SocialDistance. A vaccine is coming soon.”  But despite her hopeful message,… Doctors Double as Schoolteachers to Educate Children on COVID-19

It’s Saturday morning and about a dozen young children are making hand sanitizer for their families, mixing together isopropyl alcohol and aloe vera. Via a Zoom screen, several John Hopkins University medics look on, reciting the right proportions and answering questions—such as why the alcohol concentration should be 90 percent and how sanitizer kills the… 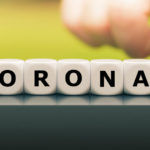 How to Dispel a Dozen COVID-19 Myths for Your Patients